Sold: A Nearly Complete Skeleton of a Dodo The composite skeleton sold for a little more than $621,700. COURTESY CHRISTIE’S IMAGES LTD

The remains of the long-extinct, flightless bird from Mauritius are waddling off to a new home.


LIKE ALL DODOS—TALL, LONG-LOST RELATIVES of pigeons, which lived on the island of Mauritius, in the Indian Ocean, and went extinct by the 17th century—this one was flightless and pudgy, and sported a bulbous beak that looked as though it could crack open into a warbled song or fanciful prose. Unlike most of its once-feathered compatriots, this one was resurrected as an articulated skeleton and recently came up for auction at Christie’s, where it sold for £491,250 (roughly $621,700).

This skeleton is a composite assembled from a smattering of bones, which the Mauritian naturalist Etienne Thirioux plucked from a swamp known as Mare aux Songes, at the southeastern edge of the island. It was fashioned by Paul Carié, an amateur scientist with a knack for constructing skeletons from piecemeal bones and shipping them off to institutions that wanted to add a dead dodo to their ranks. 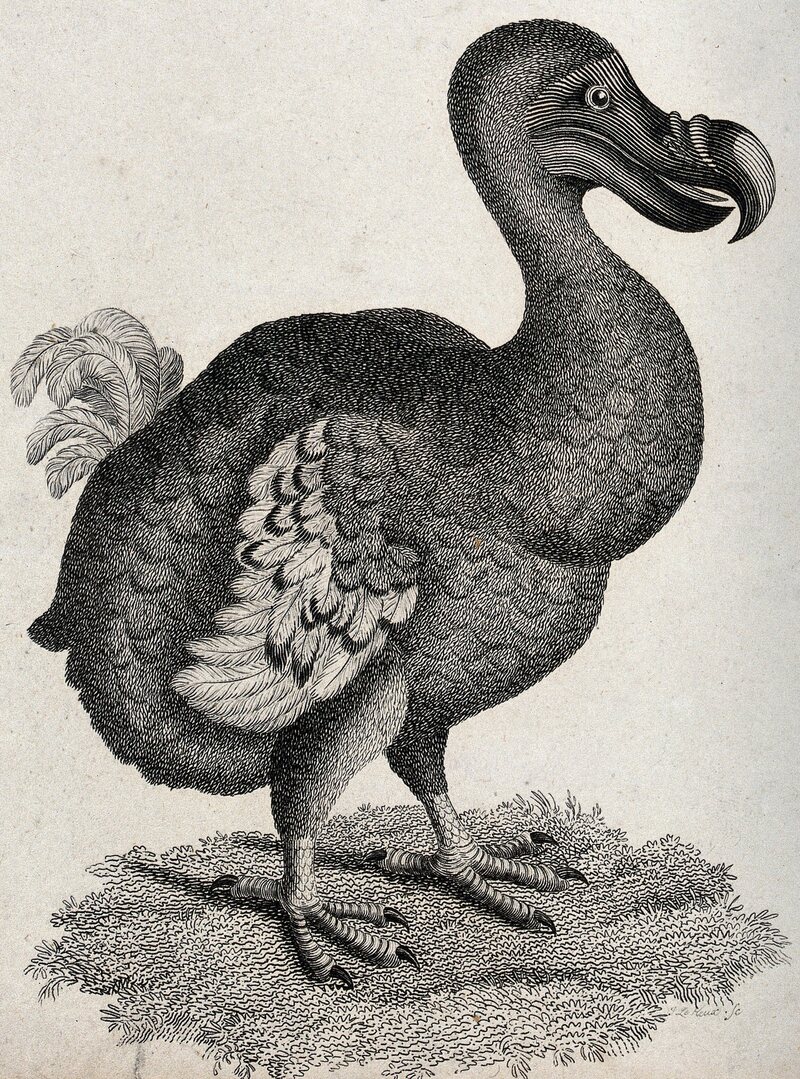 Most recently, the skeleton lived in the south of France, where it stayed in Carié’s family for generations. Now, it’s headed somewhere new for the first time since it was given a second life.

Its new perch, wherever it is, is sure to be quite different from the landscape that the living, breathing dodo enjoyed. Goofy and charming—once described as waddling around “jaunty and audacious of gait”—the dodo is also a cautionary tale of the way that humans alter the world. The species disappeared just a few decades after Dutch soldiers went ashore on Mauritius and first laid eyes on the bird. Its demise, according to the American Museum of Natural History, was likely due to a combination of factors, including the antics of introduced species running amok, plus hunting and deforestation. (The proportions of blame vary in different tellings: The New York Times has noted that the birds were a little unsavory and maybe even stomach-churning; some research has indicated that forests weren’t razed en masse until after the bird had vanished.) In any event, the turf that the dodos once waddled across has been thoroughly, irreversibly changed—patchworked with sugarcane fields and non-native palm trees, and prowled by critters much different from the ones that once called it home.

That’s why, in a video announcing the sale, James Hyslop, the head of the auction house’s science and natural history department, noted that the bird “isn’t just a rare and intriguing curiosity”—a wacky relic to put on a shelf and show off to visitors. “We need to learn from this,” he said. Suicides in Japan fell below 20000 to record low last year US. Utah Psychologists: Resolve to help prevent suicide in 2020 US. The Soaring Rate of Suicide by Young People