Found: A New Plain of Massive Stone Jars in Laos, Used to Store the Dead 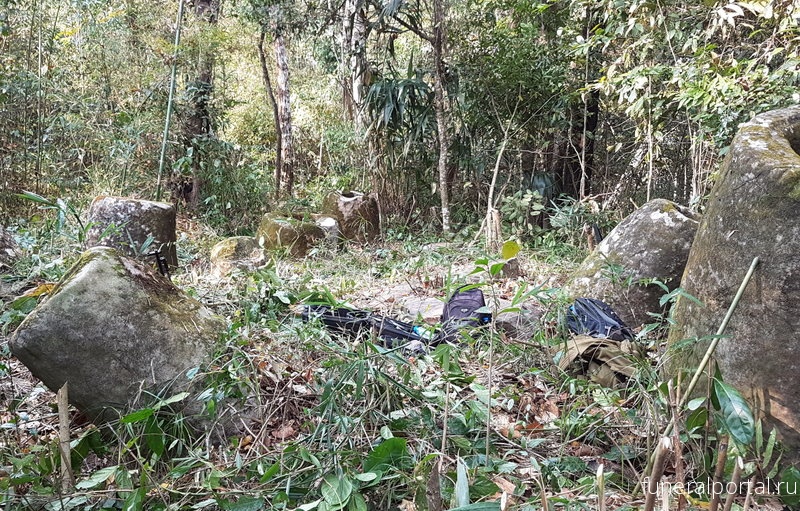 The society responsible for them remains a mystery.

ACCORDING TO LOCAL LEGEND, THE hundreds of gigantic stone vessels that stretch across the Xieng Khouang Plateau of Phonsavan, Laos, are simply ancient mugs, crafted by a tribe of giants to brew and store rice wine after battle. Another tale has it that they were simply hydration stations for thirsty traveling merchants. Archaeologists have a more macabre theory about the jars, that they were used to hold dead bodies before burial. New finds suggest the practice may have been more widespread than previously thought.

A team of archaeologists from the Australian National University (ANU), along with Lao government officials, uncovered 15 previously undocumented sites containing more than 100 stone jars dating back some 1,000 years. They were found in a mountainous forest region of central Laos during a survey by ANU Ph.D. student Nicholas Skopal. “The recent discovery increases our knowledge about the jars and dramatically expands the known geographic extent of this cultural practice,” says Louise Shewan, an archaeologist at Monash University in Australia and expedition coleader. “It is likely that many more sites exist, blanketed by thick forest cover.” The newly identified site has existed in obscurity for years, except for visits by tiger hunters.

During the 1930s, French archaeologist Madeleine Colani was one of the first researchers to study the jars and survey the region. She discovered a few containing human ashes and a nearby cave filled with human bones. Colani presumed that the deceased bodies were held in the jars temporarily, after which the bones were buried. Very little additional research was conducted in the ensuing years because of war, which left undetonated ordnance scattered across the region. In the past decade, many of these old bombs have been removed, allowing researchers fresh access. New research will continue to elucidate the purpose of the jars, but the society that made them remains a mystery.

Researchers now believe this civilization was widely distributed, but little is known about who they were and how and why these sites were created. Archaeologists from ANU believe that the megaliths were quarried nearby and moved to their present locations. “But why these sites were chosen as the final resting place for the jars is still a mystery,” said ANU archaeologist Dougald O’Reilly, colead of the research expedition, via press release. There is also no other evidence of any group occupying this region, according to O’Reilly. The plot thickens. 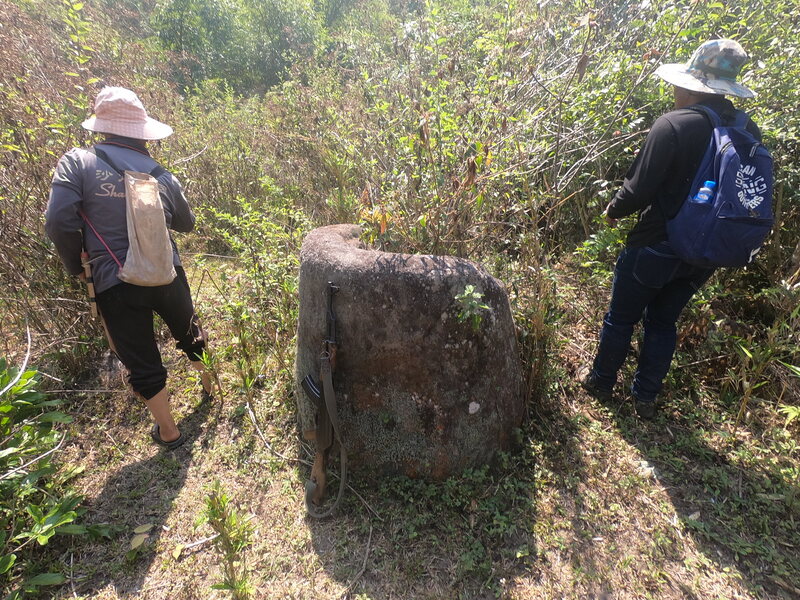 The team believes there may be a connection between these societies and others in the Assam region of India and Sulawesi in Indonesia, where structures reminiscent of the Lao jars have been found. Shewan hopes that future expeditions will reveal the missing link—an occupation site that can provide smaller, but no less intriguing, pieces of evidence.