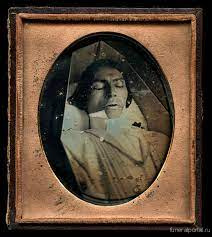 
The morgue happened for me when the Vietnam War ended, a war which I saw as an obscenity. We were still watching stuff on television and listening to things like “We got 43 and a half of them and only two and a half of us!” That is weird, to watch dinner while you are watching people being blown away. I was fortunate to get out of the draft. The whole thing didn’t make sense to me and in 1972, when I decided to make the morgue pictures, it was a different world and Rhode Island was a small place.

I went up to the Attorney General, who was probably the only honest politician around at the time, and told him about what I was interested in. His office was across the street from where I went to school, which at that point still had a good reputation, and we talked for an hour. Finally he said “I don’t see any problem with what you propose.  We are not the best department, but we don’t have anything to hide.” There was a little bit of delay in terms of formal letters, but then I was given permission over the telephone. His secretary shouted to him “It’s a photographer guy; he wants to know if he can go to the morgue?” And that was it!

You also went to some people’s homes?

Yes, there were pick-ups. Since I had clearance the police let me in.

Jeffrey Silverthorne Live in London – part 1 – “I am speaking through hundreds of tongues”
http://contemporarytalks.com/jeffrey-silverthorne-interview-series/