Memento Mori D20 Dice Are Made from Human Bones When we die, some of us want to be cremated, while others want to be buried, and a select few people want their body parts to be used for medical science. But I’m not sure many people would raise their hands and say “yeah, please turn my bones into dice so someone can play D&D with them.” 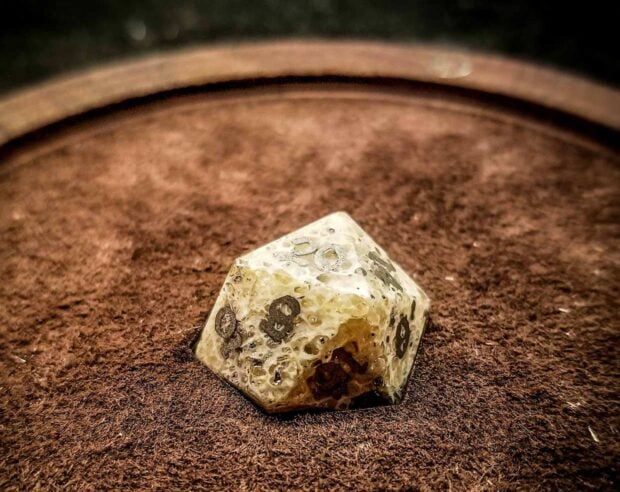 Thanks to the guys at Artisan Dice, some long-lost souls have met exactly that fate with their macabre Memento Mori dice. Yes, these D20s are made from real human bones. Each one got its start as a human being whose skeleton was at some point used at a medical university. Apparently, these skeletons have a shelf life, and eventually aren’t usable anymore, so they get turned into other stuff like dice. Kids, stop playing with the bones so much, and maybe we won’t have to turn them into dice. 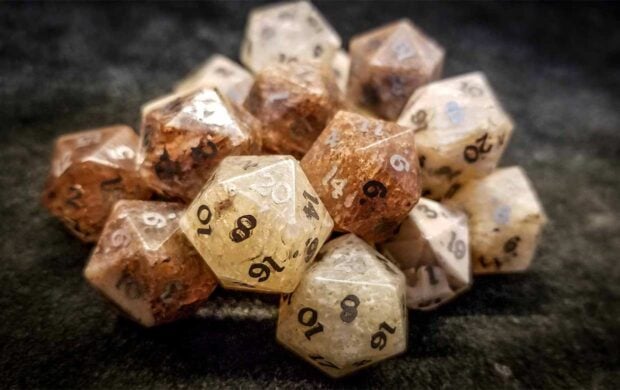 Each one is handmade and inlaid with numbers crafted from sterling silver, then set into a special Reliquary gaming case. While you won’t ever know who died so you can have your die, you will get the satisfaction of knowing that someone gave their life so you can roll their bones. 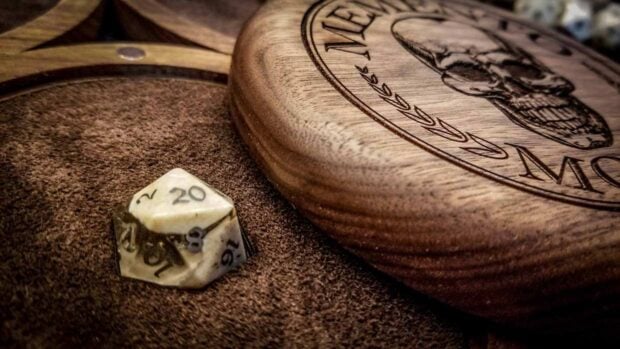