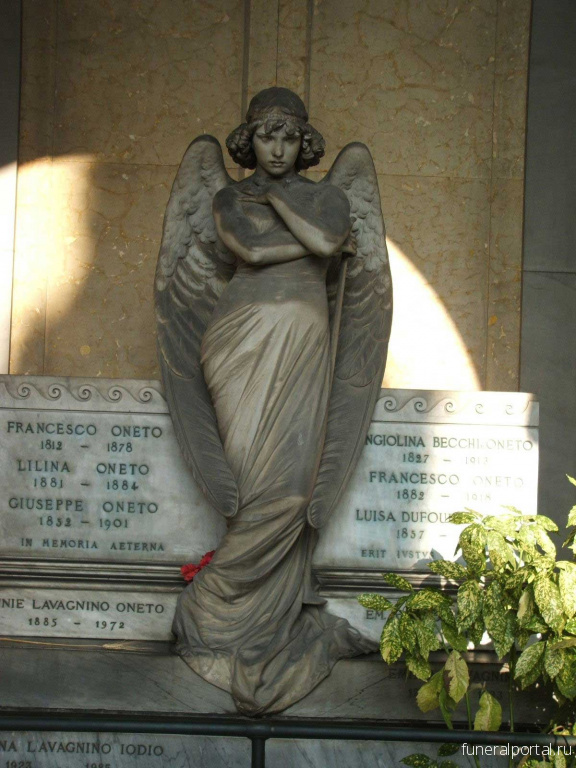 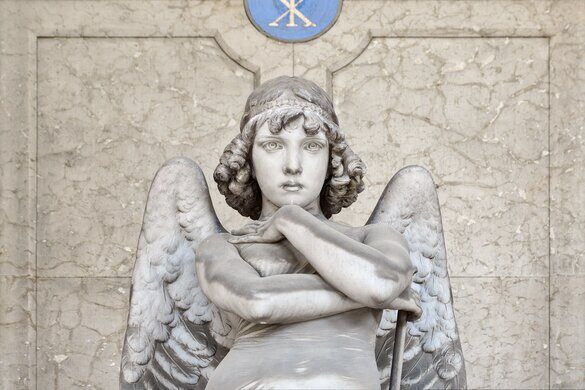 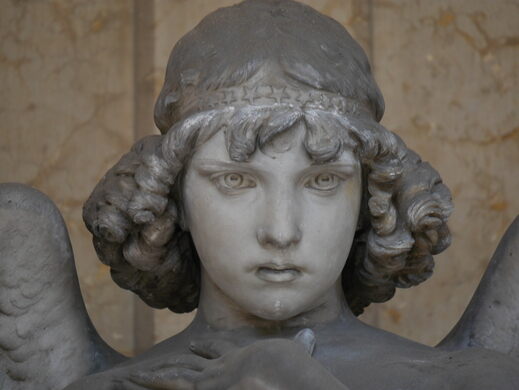 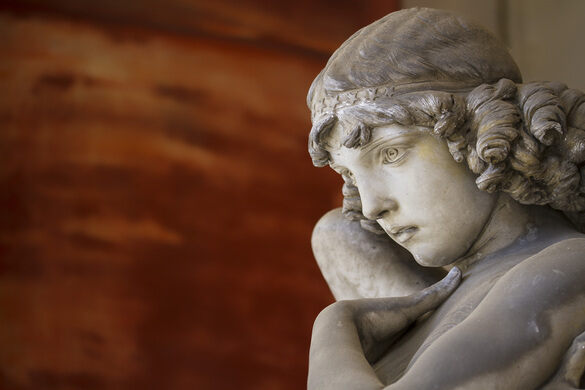 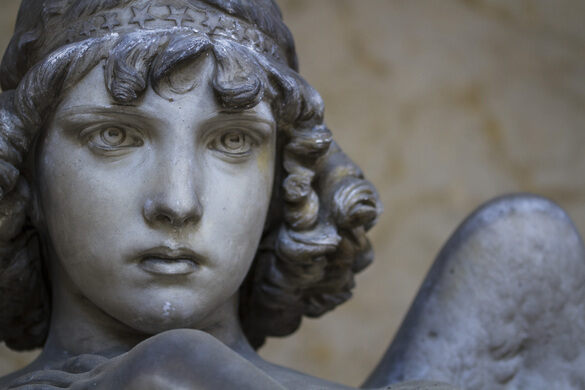 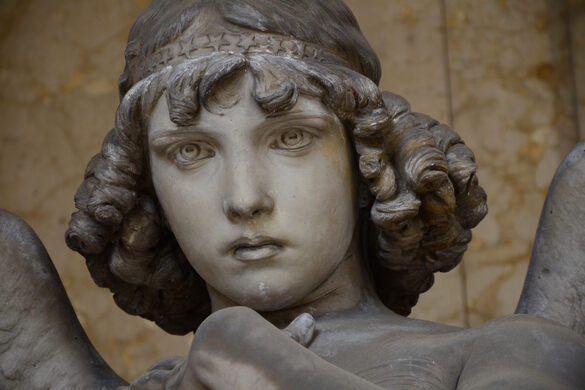 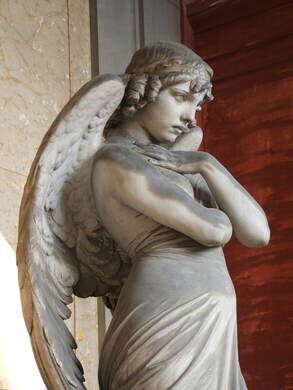 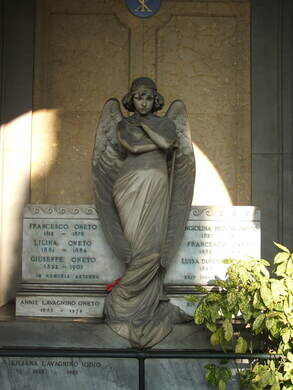 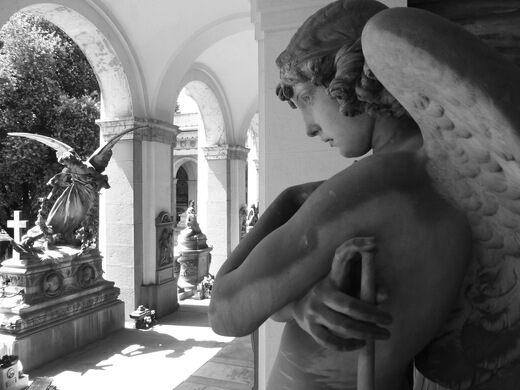 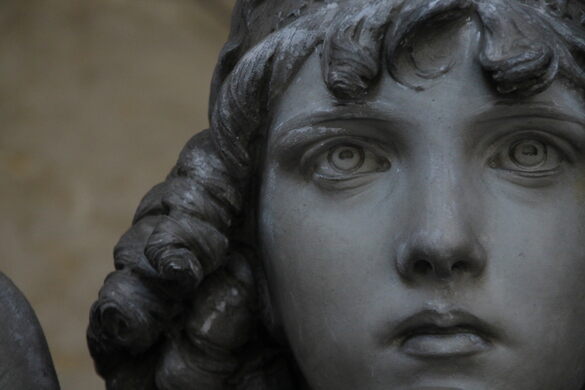 GUARDING THE ONETO FAMILY’S TOMB in the Monumental Cemetery of Staglieno is the Monteverde Angel, a masterpiece of neoclassical funerary art. The sculpture is often considered one of the most beautiful and sensual sculptures of the genre.

Also known as the “Angel of the Resurrection,” the sculpture was created in 1882 by Italian artist Giulio Monteverde. The work of art was commissioned by Francesco Oneto, president of the Banca Generale, who wished to honor the memory of his family.

This marble sculpture depicts an angel in the form of a young girl with highly detailed curls, holding a long trumpet that will be blown on the Day of Judgment. Unlike many of the angels in funerary art, her face holds a subtle expression that looks pensive, consoling, and detached all at once.

The Monteverde Angel was received positively by the public. It became so popular that it was repeatedly imitated across Europe and North America, so much so that it almost became a common style. Monteverde also created a replica for his own tomb in the Verano Cemetery, Rome, 26 years before his death.

No imitation has been able to replicate the delicate beauty of this masterpiece. The original still stands in Staglieno as a somewhat forgotten relic. 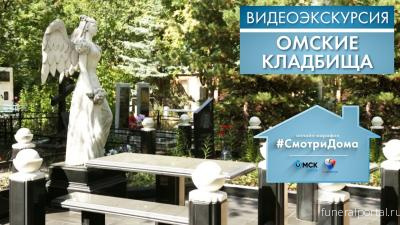 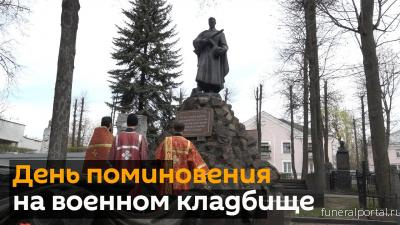 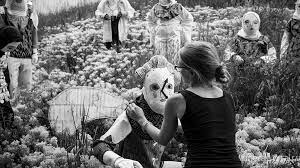 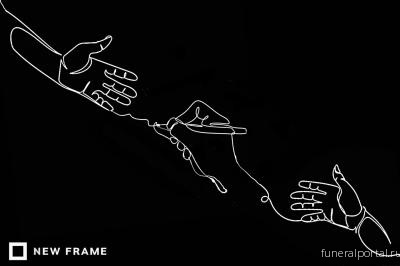 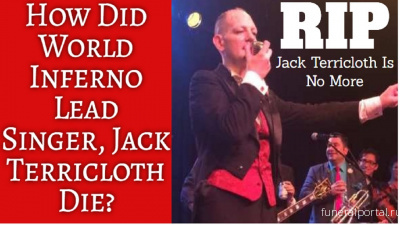 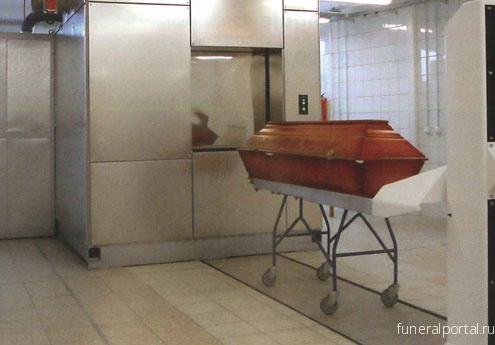 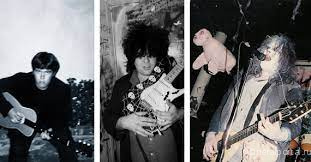 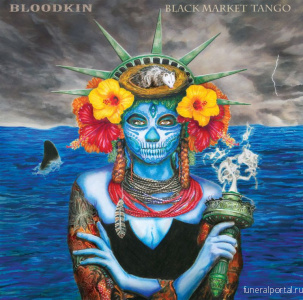