It’s your party and they’ll cry if you want them to: the lost art of picking funeral songs 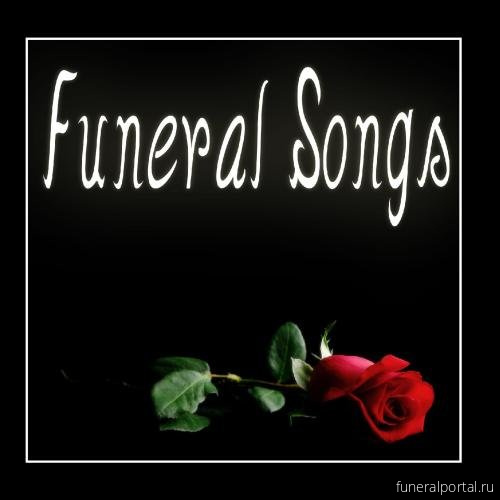 Don’t let your big sendoff be a write-off: confronting our inevitable fate allows us to sign off with a defining DJ set – and avoid any unwanted Lewis Capaldi 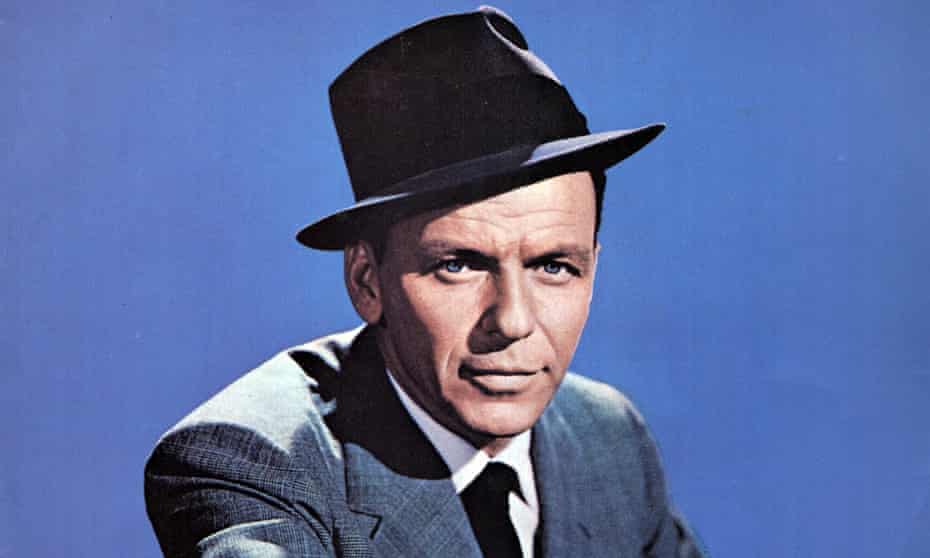 Do it your way, or you’ll get My Way … Frank Sinatra. Photograph: GAB Archive/Redferns

We’ve all been known to freeze on being handed the aux cord and told to play a song, any song. The crowd is expectant, the floor is yours: get it right, and it will be the ultimate mic drop, the perfect exit music. Choose wrong and, well – it’s your funeral.

In some ways, death occasions your defining DJ set, the ultimate exit music: choosing a song to go out to. At 31 years old, without dependents or assets, the only thought I’ve given to my passing is the question of what music I want played at the funeral – and I have given long and careful consideration. I started curating my playlist in 2018, the year that I became eligible for the so-called 27 Club, after reporting on the trend for non-traditional, highly personalised sendoffs. The thought of forcing my bereft family to sift through my teenage CDs and Spotify account was too much to bear – not least because, addled by grief, they would inevitably get it wrong. I imagined them reaching for the first cassingle I ever bought, Viva La Radio by Lolly, in tearful consensus: “How she loved to hear this.”

Relative to settling other affairs before one’s demise, music choice is easy to do, even fun. And yet it seems that I am in the minority in having given the subject any thought, even among people who take soundtracking life seriously. I’ve asked many celebrities what song they’d want at their funeral for the Guardian Saturday magazine’s Honest Playlist interview series, including many musicians. Most of them scramble for an answer, usually ending up with something ludicrously silly (SexyBack, Shaggy, Jesus Christ Superstar with a full musical cast, 15 hours of opera) or highly literal. “They can play what they like,” said Ricky Wilson, “I’ll be dead.” And they’ve been given the questions in advance. 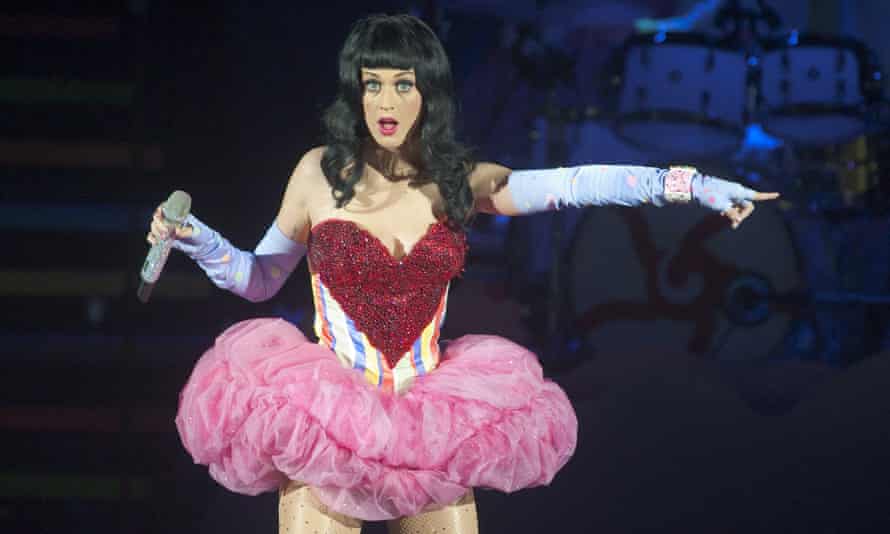 It’s your party, and they’ll cry if you want them to. But it’s telling of our discomfort with the fact of our own demise, even when viewed through the relatively superficial prism of music preference. A new survey by insurers SunLife found that only a quarter of people tasked with organising a funeral knew their late loved one’s preference for music or readings – leaving the majority in the unenviable position of having to guess what they wanted to hear. The pressure must be immense. Do you opt for their favourite song of all time? One that captures a particular moment in their life, or their approach to all of it? What if the best, most honest answer to all three is from Enter the Wu-Tang (36 Chambers) or Katy Perry’s Teenage Dream?

'People who sing it want the world to know they exist': 50 years of My Way Read more

Even the context offers less of a steer than has historically been the case, with funerals increasingly secular and even celebratory. According to SunLife’s survey, only four of the Top 10 songs played at funerals last year were hymns. But when anything goes the choice becomes definitive, and overwhelming. It is no wonder that the bereaved, in the absence of direction, tend to find themselves riffling through the same old sad songbook. Setting aside the hymns, the most popular song played at funerals last year was Frank Sinatra’s My Way, closely followed by Bocelli and Brightman’s Time to Say Goodbye. You’ll Never Walk Alone by Gerry and the Pacemakers, Eva Cassidy’s Over the Rainbow and Bette Midler’s Wind Beneath My Wings also featured.

The consistency of these lists, across years and different providers, speaks to the select and conspicuously sad catalogue of songs considered funeral-appropriate. But what’s most striking about this new survey is the gulf between what gets played and what people would actually want for their own sendoff – the likes of Angels, Wonderwall and Don’t Look Back in Anger: anthemic, conquering pop songs for many associated with collective euphoria – football matches, car rides, end-of-evening singalongs.

My guess is it’s those moments that, on departing this life, we’d want to remember and be remembered by, not the maudlin or self-aggrandising songs, that have emerged as sendoff standards. My Way, for instance – found to be played at one in every 65 funerals in the UK – expresses a supreme confidence in our life’s course that surely few of us can honestly claim. In fact its popularity is somewhat perverse when – as St Vincent’s Annie Clark pointed out to me, in an interview for a forthcoming Honest Playlist – its message is unrepentant: “It’s not really the way you wanna go out, is it?”

But it’s no surprise that when confronted with life’s greatest unknown, we reach for the obvious and even the trite. The sole overlap between SunLife’s lists of the songs we want at our own funerals and those that get played was Monty Python’s Always Look on the Bright Side of Life. It speaks to an especially British self-effacement – an aversion to centring ourselves even at our own sendoff; a reluctance to be seen as wringing undue emotion from, quite literally, a question of life-and-death. In my own surveys of friends (I am cool and fun to hang out with), many opted for jokes: Over and Over by Hot Chip or the Monster Mash. 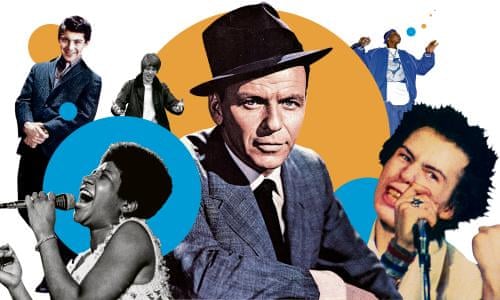 But the overwhelming impression, reading across these lists of final requests, is of uncertainty with the brief: in a secular society, where (as an academic told me in 2018) “people define themselves by the products they consume, the experiences they can craft” – what should a funeral be? SunLife has even attempted to inspire with an online generator of “music to go out to”, suggesting a swansong from inputs such as your age, favourite flower and desired funereal vibe. My wish to be remembered as “fun-loving” threw up Someone You Loved, by Lewis Capaldi.

It is a sobering reminder: when we fail to make our last requests known, we leave someone else to play DJ, and they might put on Lewis Capaldi.

It’s important, I think, that we confront our inevitable fates even in this small way – that we tell each other how we would like to be farewelled and remembered, if only so we can understand each other better now. I’ve learned a lot about my friends and family and their approach to life by talking about (admittedly after some pressing) what they’d want played at its end. One friend, with whom I’ve always connected over music, borrowed a song from my funeral playlist for his: the ultimate endorsement.

My sister, meanwhile, surprised me by floating for herself New York State of Mind, despite having never been to New York. She has likewise been directed to my Spotify playlist marked with a skull emoji: an hour-long, carefully sequenced set of songs of personal or thematic significance – plus a few bangers to get the crowd going.