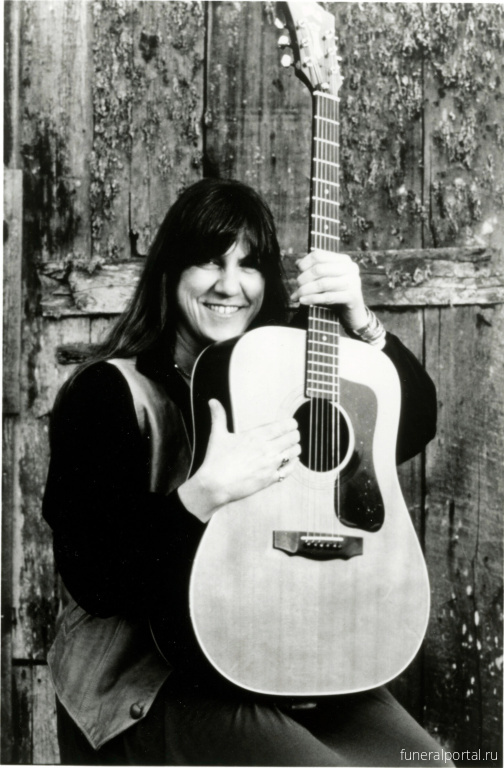 A songwriter in her own right, she was known for renditions of pop and rock songs, “Pinball Wizard” among them, that made them sound like mountain ballads. 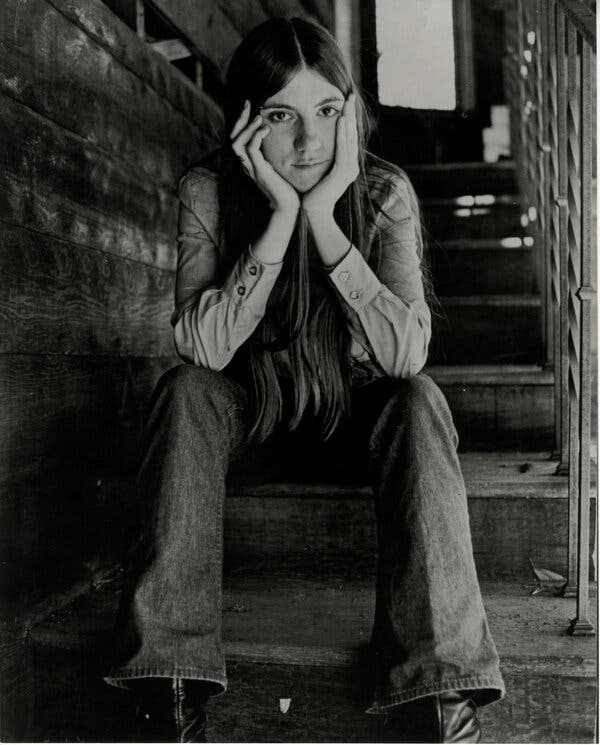 Mary McCaslin in 1968. She wrote songs about the soul of the West.Credit...Glen Gorseclose, via FLi Artists


Mary McCaslin, a pure-voiced folk singer who sang plaintive laments for the fading Old West, reimagined pop and rock classics as mountain ballads and was an innovator of open tunings on the guitar, died on Oct. 2 at her home in Hemet, Calif., southeast of Los Angeles. She was 75.

The cause was progressive supranuclear palsy, a rare neurological disease similar to Parkinson’s, said her husband, Greg Arrufat.

Ms. McCaslin got her start in the mid-1960s at the Troubadour, the fabled West Hollywood music incubator, performing at its Monday Night Hoots, as the club’s open-mic nights were known, often hosted by Michael Nesmith, who later found fame on TV as one of the Monkees.

John McEuen, a founder of the Nitty Gritty Dirt Band, and Penny Nichols, who was then his girlfriend, were frequent stage mates.

“We thought for a moment we might be the next big something-or-other trio,” Mr. McEuen said in a phone interview. “It was a lot of fun for no money. Mary was a unique singer who always sounded like someone on an old country record. Like Iris DeMent before Iris DeMent, or Ginny Hawker. She had a really natural mountain voice for someone who grew up in Southern California — an authentic and very traditional Americana sound.”

Ms. McCaslin was strait-laced and focused on her music, Mr. McEuen added. “She was unusual, even at that time in the ’60s, and all she cared about was getting the music as right as possible,” he said.

She would become a hard-working folk festival and coffee house favorite, if not a household name. On her album “Way Out West,” released in 1974, she wrote of gamblers, rounders and outlaws and, in the title song, of heartbreak and disillusionment:

My family left home when I was a child
To head out west, all open and wild
I couldn’t wait to ride the prairie on a pony
But we passed over the plains and on down
Into the great suburban stucco forest
The people there all held my dreams in jest
Somehow I grew to spite them
Way out west.

The album cover shows a serious-looking young woman, her face framed by a curtain of long hair and bangs in the style of the day. A review in Rolling Stone noted her “clear, delicately affecting vocals” and the way her “unorthodox guitar tunings create unusual, ethereal melodies of striking beauty.”

Ms. McCaslin, who also played banjo and ukulele, was self-taught, and her open tuning — tuning the strings to sound like a specific chord, as Joni Mitchell did — distinguished her guitar playing.

“While Joni’s tunings were more jazz-inflected,” said Mitch Greenhill, president of Folklore Productions/Fli Artists, who managed Ms. McCaslin and her first husband, the folk singer Jim Ringer, starting in the mid-’70s, “Mary’s went the opposite way. They were more angular, more Celtic sounding. And she always put the tunings on her albums, which aspiring musicians always appreciated.”

She recorded her albums mostly on Philo, a small independent New England label. One newspaper called her an “L.A. cowgirl who records in Vermont.” Stephen Holden of The New York Times wrote that she was known as “the prairie songstress.”

Along with her own songs, Ms. McCaslin sang western standards and pop and rock classics, like the Supremes’ “My World Is Empty Without You” and the Who’s “Pinball Wizard”; she transformed that classic power rocker into an Appalachian ballad with her clawhammer-style banjo playing.

Her “pure, narrow soprano,” as John Rockwell of The Times described her vocal style, recalled that of Kate Wolf or Nanci Griffith. Her songs have been recorded by Tom Russell, David Bromberg and Ms. Wolf, among others.

It was in 1972 that Ms. McCaslin met Mr. Ringer, a gruffly charming, rumpled folk singer 11 years her senior with a honky-tonk style and a colorful biography — from freight hopping to logging to a bit of jail time in his youth — and they began performing and touring together. They were a study in contrasts — her unadorned soprano and demure stage presence and his outlaw persona — and when they recorded an album of duets, they called it “The Bramble and the Rose.” They married in 1978.

“The tug between Miss McCaslin’s childhood dream of the Old West and the reality of the New West is what gives her music much of its mythic resonance,” Mr. Holden wrote 1981, when Mr. Ringer and Ms. McCaslin played the Bottom Line in Manhattan. “Her point of view suggests a woman who grew up riding horses under the open sky of the high plains. Even Miss McCaslin’s experiments with Motown songs conjure a plaintive rusticity.”

Her version of the Supremes’ hit “You Keep Me Hangin’ On,” Mr. Holden said, “transforms the tune from an urban teen-oriented lament into a mountain-flavored folk song of quiet, adult desperation.”

In her own songs, Ms. McCaslin rued the increasing urbanization of the American West.

“I’ve always been attracted by the desert and the beautiful mesas in Arizona and Utah,” she told Mr. Holden. “I get upset that more and more of the land is being developed. Soon there will be no room to graze cattle for food. It’s funny that so many of the people who are singing about cowboys today probably never sat on a horse.”

Mary Noel McCaslin was born on Dec. 22, 1946, at a home for unwed mothers in Indianapolis and was adopted by Russell McCaslin, a factory worker, and Lorraine (Taylor) McCaslin, a homemaker. Mary grew up in Redondo Beach, Calif., listening to early rock ’n’ roll, bluegrass and country music; her father often took her to concerts.

She counted among her influences the ballads of the country-and-western singer Marty Robbins, who was popular at midcentury, and the songs of Petula Clark, the English crooner. She bought her first guitar when was 15 with her babysitting money and performed for the first time at 18 at the Paradox, a club in Orange County.

In addition to her husband, Ms. McCaslin is survived by her sister, Rose Brass, and a brother, Eric Mauser. She and Mr. Ringer divorced in 1989; Mr. Ringer died in 1992.

On her 1994 album, “Broken Promises,” Ms. McCaslin wrote of heartaches and breakups, her wariness and surprise at a new love (that would be Mr. Arrufat, who worked in music production and had been a friend for years) and, on the song “Someone Who Looks Like Me,” her yearning to know her biological parents:

’Cause I would almost give it all
To see my family tree
In my life I’ve never seen
Someone who looks like me.

Ms. Ooh Wah Nah Chasing Bear approved his choice, he said, which was Mary Noel Singing Bear. Mr. Greenhill, her former manager, marveled that Ms. McCaslin, who had made a career singing of Western imagery and themes, turned out to be, as he said, “a true Native American artist.”

An earlier version of this obituary referred incorrectly to Ms. McCaslin’s 1974 album, “Way Out West.” It was her second album, not her first. (Her first was “Goodnight Everybody,” released in 1969.)