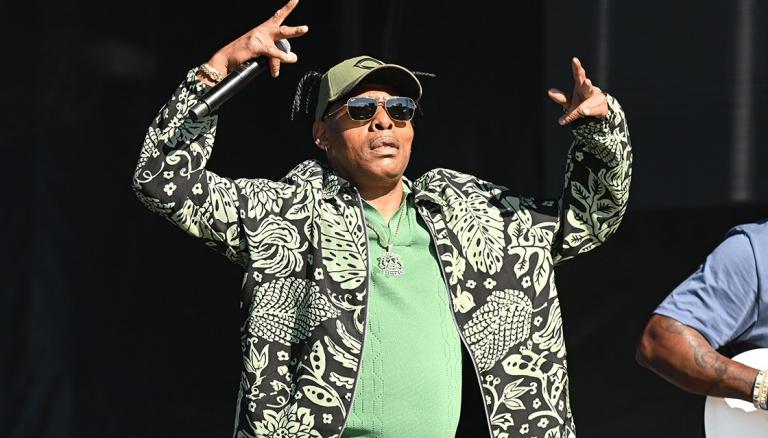 Monds, 46, died surrounded by his family in Tauranga Hospital overnight after suffering the brain bleed on Monday. His sister Casey confirmed his death in a Facebook post.

"I am utterly devastated to share the news that my big brother Jay passed away tonight," she said in the post.

"We miss him so incredibly much.

"Your messages of love, stories of mischief, mayhem, his laugh, his cheeky smile, the glint in his eye - these have been so comforting to us in these past few days. Thank you."

Monds was a hailed pioneer of New Zealand's drum and bass scene.

"Jay helped dig the foundations in Auckland and Christchurch in the mid to late 90s and was part of the first generation of drum and bass producer exports from the country alongside Concord Dawn, Shapeshifter, The Upbeats and State Of Mind," the UKF website wrote just two weeks ago.

With Josh Lees, he collaborated as the duo Bulletproof in Christchurch in the 1990s.

Casey said her brother died as he lived his life by helping those in need as "an organ donor".

"Even through to his final breath, and beyond, he is helping others, like the absolute f***ng legend he is."

Casey said the family needed time to sort details of how to farewell Monds.

"We need a little more time to sort out all those details so please be patient, and we want to ensure everyone is able to say goodbye and help celebrate his life.

"We know so many of you have said you want to do something to help 'Junior' - that's so appreciated by Zion and our family.

"We will figure this out and let you know how you can show your love.

"I'm sorry. I'm so, so sorry. Thank you again for all the love that you have sent to Jay and us over the past days," she said.

Bulletproof's fan and fellow DJ Jimmy B Rollin told the Herald Monds' love and support of New Zealand music was "second to none".

"Jay was a pioneer of DnB [drum and bass] in this country.

"His passing has left a hole in the scene that can never be filled. His History of New Zealand Drum and Bass was an amazing gift."

Damian Christie took to Twitter to pay tribute to his friend Jay Monds.

"I am heartbroken. Jay was a pioneer in the drum n bass community, a proud Dad and a loyal friend. He was also an amazing drone pilot, which is how we became so close over the last decade," he wrote.

"Jay had a background with RC aircraft. When my navy doco needed a drone pilot in 2015, Jay was my guy. We had some epic adventures, choppering onto frigates - bucket list stuff for Jay.

"He was a keen fisherman, had even worked on boats up north, and had a comedy webseries called the 'motherf****n' fishing show'."

My friend @jaybulletproof died last night, after suffering a brain haemorrhage on Monday. Im heartbroken. Jay was a pioneer in the drum n bass community, a proud Dad and a loyal friend. He was also an amazing drone pilot, which is how we became so close over the last decade. (1/) pic.twitter.com/goT7LKNHM8 — Damian Christie (@damianchristie) September 29, 2022

On Monday, Monds was helping him with some editing on his new documentary, remotely from Tauranga, Christie said.

"We'd spoken multiple times, solving some tech problems when he messaged me saying he thought he was having a stroke. The next I heard from him was via his girlfriend Sophie the next morning.

"The last few days have been a nightmare. I've helped the family by fielding calls from around the country and the world, updating people in what was an increasingly bleak situation. The love pouring in his direction was overwhelming. Last night he was declared dead. At 46.

"I'm devastated and so are so many people, we just can't believe that this larger than life cheeky rascal and fiercely loyal friend, champion of so many young artists, could be taken like this.

"We love you Jay. There will be a lot of tears shed for you over the coming weeks."