Ronnie Spector, Girl Group Icon and Leader of the Ronettes, Dies at 78 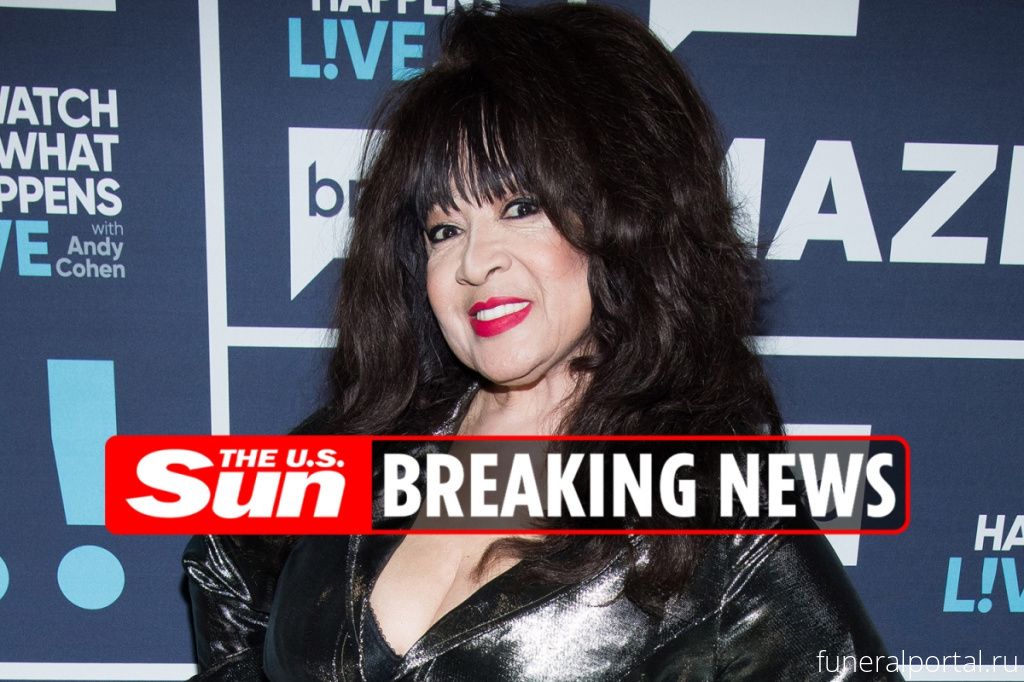 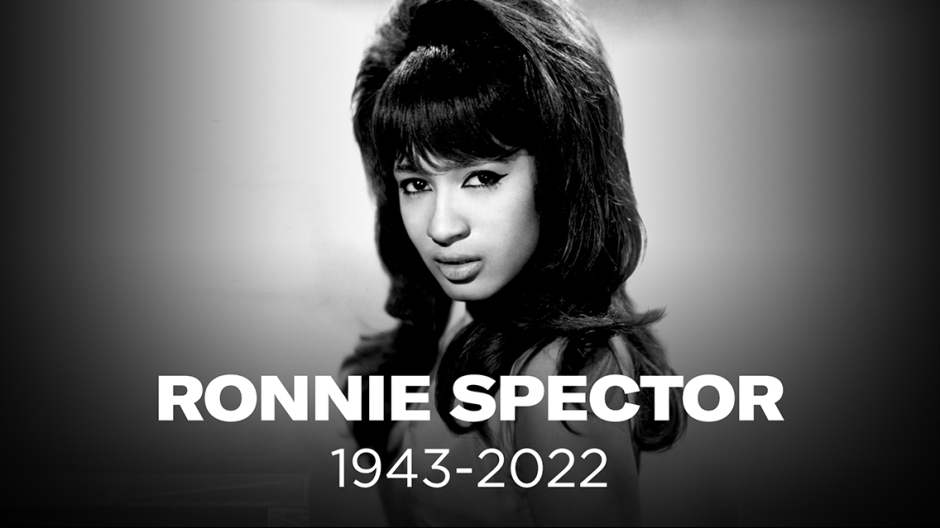 
Ronnie Spector, whose hard-edged yet tremulous voice soared on the Ronettes’ girl-group hits of the early ‘60s, died on Wednesday of cancer. She was 78.

“Our beloved earth angel, Ronnie, peacefully left this world today after a brief battle with cancer. She was with family and in the arms of her husband, Jonathan,” reads a statement on Spector’s official website. “Ronnie lived her life with a twinkle in her eye, a spunky attitude, a wicked sense of humor and a smile on her face. She was filled with love and gratitude. Her joyful sound, playful nature and magical presence will live on in all who knew, heard or saw her.”

Née Veronica Bennett, she forged an enduring “bad girl” image with her older sister Estelle Bennett and cousin Nedra Talley – towering teased beehive hairdos, canopies of mascara and eyeliner and tight-fitting slit skirts – that rubbed against the aching romanticism of the Ronettes’ Philles Records hits of 1963-66.

Though producer Phil Spector employed other powerful female vocalists like the Crystals’ Darlene Love, La La Brooks and (on the memorable “River Deep Mountain High”) Tina Turner, the Ronettes’ lead singer became the ideal vehicle for the massive-sounding hits he termed “little symphonies for the kids.”

In “Out of His Head,” his biography of the producer, Richard Williams wrote, “Ronnie Bennett’s hugely quavering, massively sexy voice [was] a pure pop instrument the like of which no one had ever heard before. Spector had found his instrument, and she had found her setting.”

Like burning magnesium, the Ronettes flared hot, brightly and quickly: Their string of hits, which began with 1963’s “Be My Baby,” had played out by 1966, as the producer’s interest in the group had run its course.

Ronnie Bennett and Phil Spector, who had begun an affair while the producer was still married to his first wife Annette Merar, wed in 1968, and she took his name professionally. The possessive, jealous and emotionally abusive Spector kept his wife a virtual prisoner in their Beverly Hills home for years during a tumultuous marriage; as the singer recounted in her candid 1990 autobiography “Be My Baby,” she descended into alcoholism, which further impacted her professional life.

The Spectors finally split after the vocalist’s mother, Beatrice Bennett, marched her barefooted daughter out of the house in 1972. The couple’s divorce was finalized in 1974.

In later years, Ronnie Spector recorded fitfully as a solo artist, and was a beneficiary of the rock ‘n’ roll revival of the early ‘70s. She remained an icon among her musician fans: She enjoyed high-profile studio collaborations with Southside Johnny and the Asbury Jukes, Eddie Money and Ramones lead singer Joey Ramone, and Billy Joel penned the single “Say Goodbye to Hollywood” expressly for her. Her second husband and manager Jonathan Greenfield helped renew her reputation as a live performer.

She was inducted into the Rock and Roll Hall of Fame as a member of the Ronettes in 2007.

She was born in Spanish Harlem on Aug. 10, 1943; her mother was of African American and Native American descent and her father was white. She showed an affinity for singing at an early age; her mother, who split with her alcoholic husband when her daughters were still young, actively encouraged their professional career.

The Bennett sisters and their cousin Talley played New York sock hops and bar mitzvahs, performing material by Frankie Lymon & the Teenagers and the Shirelles, first as Ronnie and the Relatives and then, at Beatrice Bennett’s suggestion, as the Ronettes. The trio was signed to Colpix Records, the label subsidiary of Columbia Pictures, in 1961, but their Stu Phillips-produced singles flopped.

In 1963, the Bennett sisters – now working as dancers and sometime vocalists with the Peppermint Lounge twist act Joey Dee & the Starlighters — cold-called the New York office of Phil Spector, then riding high with a run of hit singles by the Crystals, Bobb B. Soxx & the Blue Jeans and Darlene Love.

Granted an audition with Spector, the Ronettes, fronted by Ronnie, launched into a version of Frankie Lymon’s “Why Do Fools Fall In Love.” According to her autobiography, Spector instantly leaped up from his piano and exclaimed, “That’s the voice I’ve been looking for!”

Ronnie Bennett swiftly became the medium for Spector’s vast Wagnerian productions, as well as the object of the producer’s romantic attentions. The Ronettes detonated on the charts in ’63 with the explosive “Be My Baby,” which vaulted to No. 2 nationally; the song was later used unforgettably under the credits of Martin Scorsese’s 1973 breakthrough feature “Mean Streets.” The group also performed three songs on Spector’s Yuletide album “A Christmas Gift to You” that year.

A quartet of masterful top 40 hits followed in 1964: “Baby I Love You,” “(The Best Part of) Breaking Up,” “Do I Love You” and “Walking in the Rain.” On the back of these successes, the Ronettes toured the U.K., where the Rolling Stones served as their opening act and Ronnie fought off the advance of the Beatles’ John Lennon. An album, “Presenting the Fabulous Ronettes Featuring Veronica,” reached No. 96 that year.

Two minor singles were released in 1965, while such magnificent performances as “Paradise” and “I Wish I Never Saw the Sunshine” remained in the can for more than a decade. The act’s last chart single, “I Can Hear Music,” produced by songwriter Jeff Barry, reached No. 100 in 1966.

By that time, Ronnie Bennett was living with the increasingly controlling Spector in Los Angeles. The producer, who effectively retired after the failure of “River Deep Mountain High” in 1966, forbade her to tour in support of the Beatles on their last U.S. tour in ’66, and her cousin Elaine stood in for her on the dates. The Ronettes disbanded in early 1967.

Following his divorce, Spector and Bennett finally wed in 1968; she later wrote that on her wedding night, she and her mother barricaded themselves from a raging Spector in her bathroom.

Despite attempts to stabilize the marriage with the adoption of three sons, the relationship continued to deteriorate. His smothering and dictatorial behavior pushed Ronnie deeper into alcoholism. Her professional life withered: A deal with A&M records produced a lone unsuccessful single.

Thanks to Spector’s reemergence to work with the Beatles on “Let It Be” and his solo productions for Lennon and George Harrison, Ronnie secured a contract with the band’s Apple Records. But a proposed album was scuttled after the failure of “Try Some Buy Some,” a 1971 single penned by Harrison and co-produced by the guitarist and Spector. “I thought it was terrible,” Ronnie later opined.

Finally rebelling against Spector’s abusive behavior, Ronnie and her mother fled the house after a brawl in June 1972. Bitter divorce proceedings followed, and Ronnie later claimed that Spector threatened to have her killed by hit men during her Las Vegas show for Dick Clark.

In 2003, Phil Spector was arrested for the fatal shooting of actress Lana Clarkson at his home in Alhambra, Calif. After a mistrial, he was convicted of second degree murder by a second jury in 2009 and sentenced to 19 years to life in California state prison. Phil Spector died in prison on Jan. 16, 2021.

It took several years for Ronnie to regain her professional footing, but her admirers in the business buoyed her. In the early ‘70s she performed revival shows, often using two new back-up “Ronettes,” for New York DJ Murray the K and promoter Richard Nader.

In 1976, Bruce Springsteen customized “You Mean So Much to Me,” a song he penned for his friend Southside Johnny Lyon’s band the Asbury Jukes, as a vocal duet for her and Lyon; the number was produced by her former paramour, Springsteen guitarist Steven Van Zandt.

She went on tour with Lyon’s group, and opened shows on Springsteen’s tour. In 1977, she was backed on her single version of Billy Joel’s “Say Goodbye to Hollywood” by Springsteen’s E Street Band.

“Siren,” a punk-inflected debut solo album produced by Genya Ravan of Ten Wheel Drive, was issued in 1980. Her biggest success of the decade came with “Take Me Home Tonight,” a duet with Eddie Money that employed the refrain of “Be My Baby” as a counterpoint hook; the single climbed to No. 4 nationally in 1986.

Spector had by that time married Jonathan Greenfield, who took charge of her professional career, helped her address her substance abuse and got her back on the road. Like Darlene Love’s annual appearances on “Late Night With David Letterman,” her annual “Christmas Party” dates at B.B. King’s in New York became a seasonal staple from 1988 forward.

Her latter-day recordings included “She Talks to Rainbows,” a 1999 duet EP with Joey Ramone; “English Heart,” a 2016 collection of British Invasion covers; a 2010 Christmas EP; and the 2017 single “Love Power,” produced by Narada Michael Walden. In September 2020, it was announced that Zendaya is in talks to portray Spector in an A24 and New Regency-produced biopic after the companies acquired both her life rights and those to her autobiography, “Be My Baby.”