Musician Renald Richard, who co-wrote Ray Charles' 'I Got a Woman,' dies on Marco Island 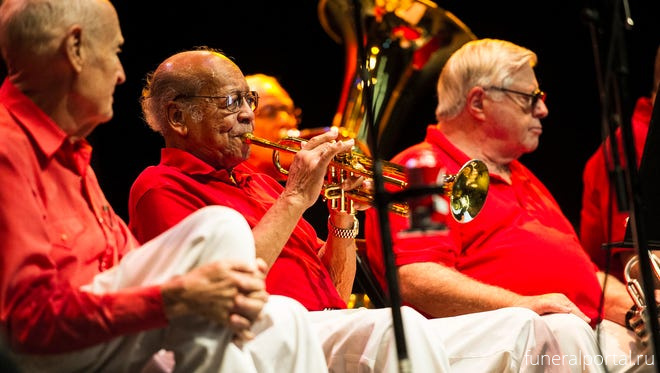 Many may not know his name, but they recognize the song he co-wrote with Ray Charles that launched a musical wave.

The Beatles, Elvis Presley, Bobby Darin, John Mayer and dozens of others covered the hit, "I Got A Woman," which Rolling Stone magazine in 2004 included in its 500 Greatest Songs of All Time.

The song is widely recognized as helping to popularlize the soul music genre.

AND: 50 years of sweet sounds: Naples Concert Band marks half century with own music, Artis—Naples date

Renald Richard penned the hit with Charles in 1954, when the Florida-born Charles recorded it in Atlanta.

"We were riding in his car (see, at that time we didn't have a bus or planes, we drove everywhere)," Richard told the Naples Daily News in 2009 about how the song originated. He was Charles' musical director at the time.

Renald Joseph Richard was born in Thibodaux, Louisiana, on May 3, 1925, and began his career in New Orleans. A professional trumpet player and lyricist, he toured with many groups including his family band, the Johnson Brothers, Guitar Slim, Ivory Joe Hunter, read his obituary in the Daily News.

He also performed trumpet studio work with Little Richard and other artists in the late 1940s. He also was an area representative for Atlantic Records.

Renald Richard joined the “new” Ray Charles Band in 1954 and was Charles' first band leader and solo trumpet. They toured throughout the South and West and "I Got A Woman" became Charles' first No. 1 hit.

"Renald has many other tunes that have been recorded by artists including Joe Turner, Guitar Slim, Louis Prima, The Beatles, Rolling Stones, Elvis Presley and Ricky Nelson to name a few," his obit said.

Fond memories and expressions of sympathy may be shared at hodgesjosberger.com for the Richard family.