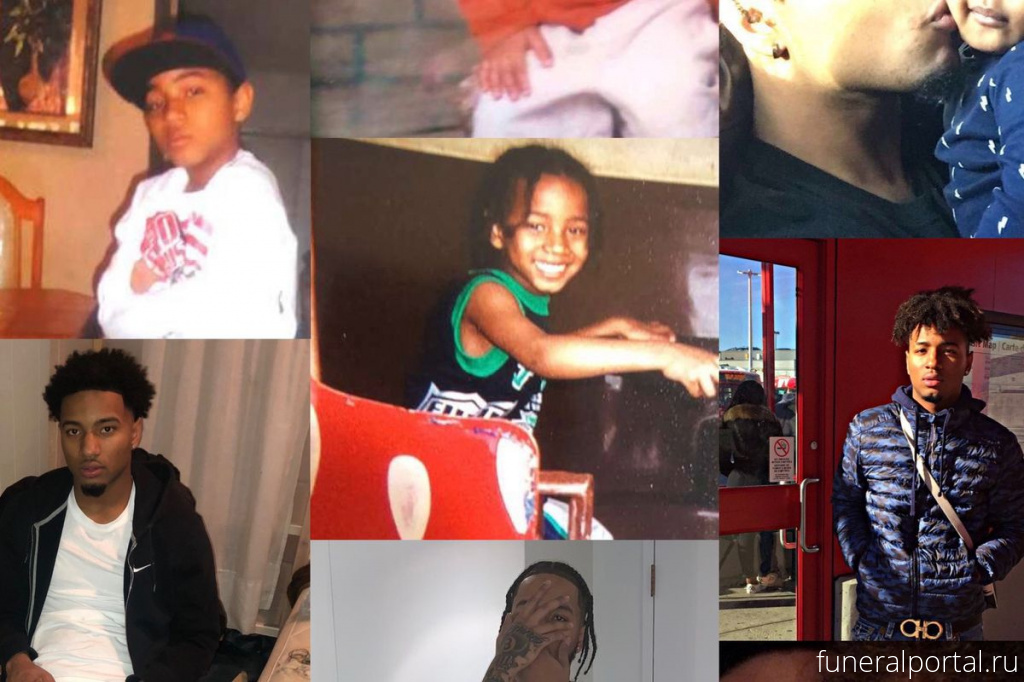 Author of the article:  Matthew Lapierre


To many, the young man shot and killed in Kingston last weekend was known as Lito, the tough rapper from South Ottawa with colourful lyrics and a promising future in the music industry.

To his family and those close to him, he was Carl Alen Delphin, a loyal friend, loving soul and caring older brother.

Delphin, a 20-year-old set to turn 21 this month, died last Saturday following a shooting that also claimed the life of another Ottawa man, Nico Soublière, 29.

Delphin’s girlfriend, Marli Diallo, her voice heavy with emotion, said his death had devastated her and had left Delphin’s mother, father and four younger siblings with unimaginable grief.

“He was a really loving person,” she said. “He loved his friends and his family and his mom so much. He was talented. He had good music. He was so, so good at it. He loved it so much. He had this crazy love for kids. He was amazing with them. He was such a loyal person. He did anything and everything for the people he loved.”

Diallo and Delphin met in 2017 in high school. At the time, Delphin was making music in his spare time, and, soon after they met, he posted his first “single” on YouTube.

“It did very well and he was so happy,” Diallo said. “He loved the process of just creating music and doing music videos. He really did everything … He just knew what he wanted when it came to his music. I watched as he continued to grow.”

Delphin and his friends began recording multiple songs a year and starring in their own music videos, often filmed in locations near where they lived in Ottawa’s south end. One friend of Delphin’s, interviewed on condition of anonymity earlier this week, said they had been trying to use music to help their families.

“I know who my little bro really was,” the friend said. “He didn’t deserve to go out like this. This wasn’t his destiny.”

As Lito, Delphin sang about his desire for money and respect. His songs mentioned run-ins with the police and other groups of young men, but they also featured references to his family and loved ones. Loyalty was a persistent theme in his music, culminating in his most popular track, “Don’t Care,” released in 2019.

“He was so proud,” Diallo said. “He was so happy and I remember he had a couple of celebrities here and there reach out to him and they told him it was good and that he should keep going. I know that meant so much to him.”

At home, Lito’s mother, Marly Joseph, fretted over him. Delphin was her firstborn, the eldest of five children. “She loved her son so much,” Diallo said. “That was her everything. She never went a day without speaking to him. She messaged him every day to tell him she loved him.”

Diallo remembered one incident where a young Delphin had told his mother he was going to the movies, but instead attended a party. His mother, however, found out and drove straight there, jumped out of her car and called for her son.

“She’s pulling him by the ear and she says, ‘Get in the car!'” Diallo said with a laugh. “And he’s like, ‘Oh my God, mom.’ And she didn’t care, and everyone’s looking, and she’s running after his friends and she’s like, ‘Why do you guys have him here?’ She was so protective.”

Delphin’s mother juggles work while attending school, Diallo said, so a  gofundme  page has been posted to raise money to help pay for funeral costs and other expenses.

“Everyone has tried to pitch in for his family,” Diallo said. “We’ve all put together everything that we have to give Carl the proper burial. He deserves it. It would be great if people wanted to give and wanted to help out in that sense.”

But, more important than financial aid are memories, Diallo added. Delphin’s friends have taken to social media to share photos of him and old stories. His songs on YouTube also have “rest in peace” messages appearing in the comments, and his mother has taken some solace in reading the messages.

“She loves going on social media and seeing pictures of him,” Diallo said. “That’s the most important thing to her, knowing her son was loved because he loved so hard and he loved the people around him hard, and I don’t know if he knew that he was very loved.”

That Delphin’s death was a homicide has only amplified the tragedy. Kingston police are still searching for the perpetrator and on Friday investigators issued a fresh plea for witnesses to come forward, including the occupants of a red SUV, who may have been in the area of the shooting.

“If anyone else knows anything,” Diallo said, “it would be amazing if they could contact the Kingston police directly, and just anything helps, the smallest things, even the last place he was seen or if he had a conversation with anyone. Anything, really.”