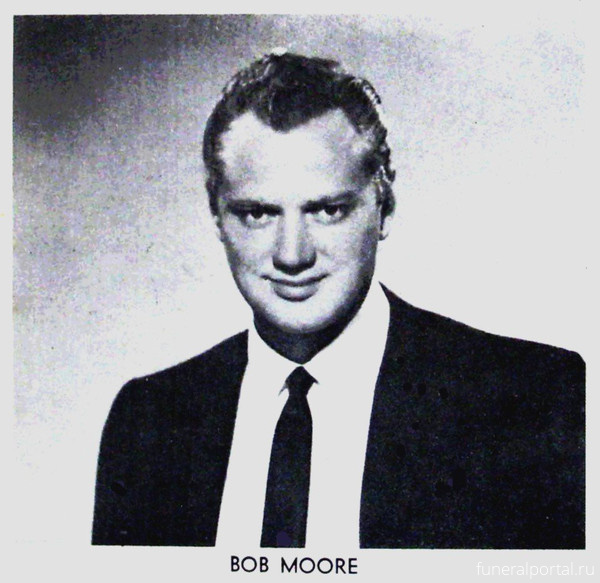 Bob Loyce Moore (November 30, 1932 – September 22, 2021) was an American session musician, orchestra leader, and double bassist who was a member of the Nashville A-Team during the 1950s and 1960s. He performed on over 17,000 documented recording sessions, backing popular acts such as Elvis Presley and Roy Orbison.  https://en.wikipedia.org/wiki/Bob_Moore 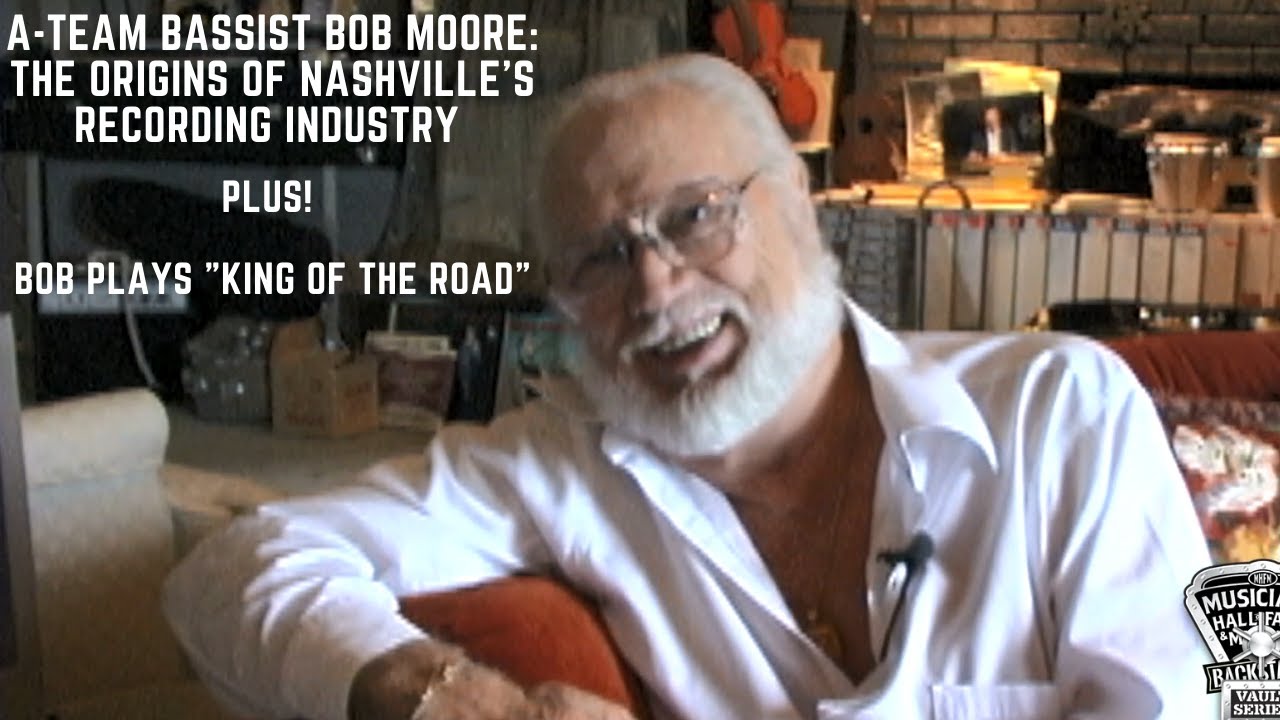 
Bassist Bob Moore, who was a longtime key member of the Nashville country music studio scene, has died. According to a statement, the beloved musician was "the most-recorded bass player in country music history," and he played on some of the most iconic tracks in the history of the genre.

Moore was born on Nov. 30, 1932, and raised in East Nashville, where he took an early interest in music. According to his official biography, he was playing as part of WSIX's Goober and the Kentuckians show by the time he was 10 years old.

The ambitious young musician started playing full-time in a tent show in 1947 at the age of 15, which led to an opportunity to join Paul Howard's Western Swing Band. Moore kept busy with road work over the next few years, playing with a wide variety of artists that included Little Jimmy Dickens, Cowboy Copas, Flatt and Scruggs, Andy Griffith, Eddy Arnold, Red Foley, Marty Robbins and more.

He was a partner in Monument Records in the '60s, where he began to expand his credits outside of country music. That continued into the '70s, which saw Moore recording with an even wider variety of artists that included Bob Dylan and Simon and Garfunkel. His list of credentials would eventually come to encompass more than 17,000 recording sessions across genres, but he had the greatest impact on country music.

"He was the heartbeat behind classics including Patsy Cline’s 'Crazy,' Sammi Smith’s 'Help Me Make It Through the Night,' Kenny Rogers’s 'The Gambler,' and hundreds of other recordings that changed the course of country music," Country Music Hall of Fame and Museum CEO Kyle Young says in a statement. "He played with Johnny Cash, Tom T. Hall, Jerry Lee Lewis, Roy Orbison, Carl Perkins, Elvis Presley and so many others, and he helped establish Monument Records, where he was a player, a producer, an arranger and a hit artist."

Moore scored an instrumental hit for Monument titled "Mexico" in 1961. He performed at two presidential inaugurations over his long career; first at John F. Kennedy's in 1961, then at Ronald Reagan's in 1985. Moore also performed when President Jimmy Carter hosted a White House reception for the Country Music Association in 1978.

Life magazine named Moore the top country bassist of all time in 1994. He was inducted into the Musicians Hall of Fame in 2007.

Moore's "contributions to American music are incalculable," Young states. "He was a musical master and the most-recorded bass player in country music history. As a key member of the much-vaunted 'A-Team' of Nashville session players, he was both an inspiration and an innovator.

"He once said, 'Anyone who has heard me play the bass knows my soul.' We’re fortunate that he shared his soul with us for so many years."

Moore died on Wednesday (Sept. 22). His cause of death has not been reported. A series of posts to his wife Kittra Moore's Facebook page indicates that the couple had both been sick in recent days and that he had been hospitalized before she brought him home in his final days.

Funeral plans have not been announced.