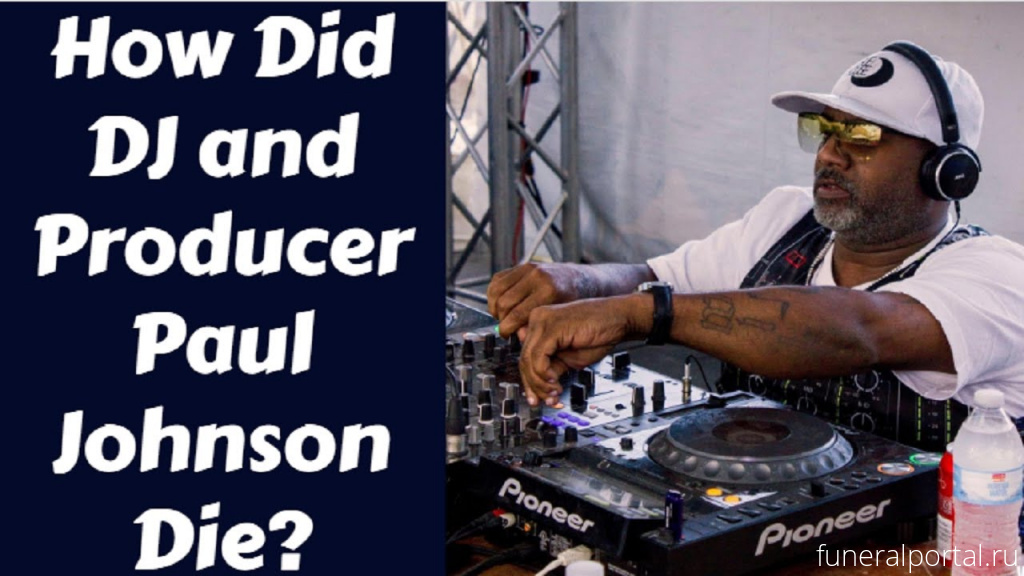 
Paul Johnson, the Chicago producer and DJ whose ferociously melodic style of house music yielded a series of classic singles and inspired producers in his hometown and beyond, died on Wednesday at age 50, his agent confirmed to Rolling Stone. While a cause of death was not specified, Johnson had been battling Covid-19 and was put on a ventilator in the hospital, according to a series of videos he posted on Instagram.

Johnson developed his fearsome skills in Chicago’s flourishing house music scene during the late 1980s. But even in a city packed with many of dance music’s biggest names, his productions stood out — they were as tuneful as they were pummeling, reckless battering rams that made you want to sing along even as they bowled you over. “It’s gotta bang for me to play it,” Johnson said earlier this year.

Johnson was born in Chicago on January 11th, 1971. By the time he was a teen, he was already a self-taught DJ. He told 5Mag that Farley “Jackmaster” Funk inspired him to start spinning. “I was breakdancing at the time, that was my thing,” Johnson said in 2006. “Then I went to my first party and saw the DJ mixing and wanted to do that. I was listening to everything: freestyle, hip-hop, house. I threw my first party for my eighth grade graduation.”

After he learned to DJ, it was a short hop to producing his own records: Johnson started to release singles and EPs at a rapid clip in the early Nineties. His music bounced between the no-frills, highly sexualized style known as “ghetto house” and melody-drenched stompers like the playful piano house of “You Make Me Say Do Be Do” and “I Wonder Why,” which seems to predict the entire French Touch scene of the early 2000s.

One of his early masterpieces was “Feel My M.F. Bass,” a single-minded ode to low-end from the 1994 EP A Nite Life Thang; the song consists of little more than a blown-out kick drum and the hummable, slightly ominous refrain, “feel my motherfuckin’ bass in your face!”

Two years later, Johnson released “Hear the Music,” one of the all-time great soul-sampling house tracks — a devastatingly effective flip of Unlimited Touch’s post-disco funk classic “I Hear Music in the Streets.” In addition to being catnip for dancers, this is the type of song that seems to draw unexpected connections between pop’s past and future. After hearing Johnson’s version, it’s hard to listen to Unlimited Touch’s original from 1981 without thinking the group was developing ideas about house music before it even existed. And this type of sped-up, squeaky soul would later gain widespread popularity in hip-hop.

Johnson’s releases quickly became must-haves around Chicago. “One thing was clear: Any Paul Johnson record that we had for sale sold and left the store just as fast as it arrived,” Frankie Vega, who used to work at the Chicago store Hot Jams, told 5Mag. “I used to tell our customers, ‘You don’t even need to hear it. Just buy it because you and I both know that all his records are good and everybody is buying them!'”

The producer’s career reached its commercial peak with “Get Get Down,” which follows in the footsteps of “You Make Me Say Do Be Do”: Nonsense lyrics that track a slamming piano line and a knee-buckling bass riff. “Get Get Down” reached Number One on Billboard‘s Dance Club Songs chart and breached a number of European charts as well. In 2006, Johnson confessed that he was ambivalent about all the attention that lone single received — he felt that it sometimes “overshadowed” the vitality of some of his other work. “I had no idea it would be that hot,” the producer explained to 5Mag. “I was actually kinda upset when that became big, because I worked hard on all the other tracks and that was what blew up.”

Johnson’s music was so imposing and vigorous that many of his fans did not know he was in a wheelchair. During one of the parties he threw in his mom’s basement as a teenager, a friend accidentally fired a gun; the bullet hit Johnson in the shoulder and injured his spine, leaving him unable to walk for the rest of his life. He had one leg amputated in 2003, and lost the other after a car accident in 2010.

But he continued to produce music despite these obstacles. In the early 2000s, Johnson put out “Follow This Beat,” another party-starter built around a slashing sample of Melba Moore’s 1978 cut “You Stepped Into My Life.” The lyrics escalate gradually over the course of seven minutes — opening with a PG invitation, “how many people out there want to party,” and progressing to a bawdier question, “how many freaks out there want to get buck-wild and naked?” — in a way that’s guaranteed to get a crowd sizzling. And Johnson’s work continued to hook younger generations. The rising U.K. producer Finn, for example, paid tribute to Johnson’s 2000 EP Simple Beats With Sweet Samples in 2020.

But whether due to his health or the near erasure of house music’s black roots — there may be no genre in which the popular conception of the style (music made for white club-goers in Europe) is more divorced from its actual origins — Johnson never became a major name outside the world of underground dance music.

A slew of French dance producers who created music heavily indebted to Johnson’s became far better known than he did. That said, some of his more popular peers were vocal about his influence. During their rise to international fame in the 1990s, Daft Punk, who shared Johnson’s love of weapons-grade disco loops, opened their BBC Essential Mix with “Hear the Music” and name-checked its creator on their track “Teachers.”

After Johnson’s death on Wednesday, Finn called him “the best to ever do it.” Detroit-born, New York-based DJ Mike Servito said, “Paul Johnson taught us how to bounce to the beat. A groove like no other, honestly.”

In an interview in 2014 from a hospital bed, Johnson talked about the challenges his shooting and subsequent amputations imposed on his career — including missing DJ bookings because “my body can’t get me there.” He said that ever since he got shot, “80 percent of my life is my health.”

But he remained passionate about creating music, releasing the I Can Make You a Big Freak EP earlier this year. As a young man, “I wanted to go to the army, that’s the main thing I wanted to do,” Johnson said in 2014. “I was dead set on doing that. And I think God slowed me down and said, ‘Nah, I got something better for you.'”

Paul Johnson, Get Get Down house producer, dies at age 50 from Covid-19
https://www.theguardian.com/music/2021/aug/04/paul-johnson-get-get-down-house-producer-dies-at-age-5...

House Legend DJ Paul Johnson Dies After Battle With COVID-19: He ‘Fought Up Until The Very End’
https://blockclubchicago.org/2021/08/04/dj-paul-johnson-dies-after-battle-with-covid-19/