Robyn dressed for her job as a funeral director. Credit: Robyn Morrison


Robyn Morrison won Mrs Earth in Las Vegas only a few years ago, but now she works as a funeral director and funeral home manager, which she calls the 'most rewarding job' she's ever had


By A. L. Ashkenaz, Katie Collier

Robyn is a funeral director by day and a beauty queen on the weekends (Image: Mirror)


A former beauty pageant winner who now works as a funeral director says her unusual job is 'the most rewarding' she can have.

Robyn Morrison likes to take part in beauty pageants during the weekends and was crowned Mrs Earth in Las Vegas, USA, in 2017.

However, her day job feels starkly different from being in a pageant. Instead of impressing judges by walking down a runway, the 45-year-old works as a funeral director and funeral home manager, and in the evenings she teaches cheerleading to children, reports Mirror Online.

Robyn said: 'It’s completely different to what I do on a daily basis but it’s a nice change because I’m dealing with such heavy, serious things all day.'

Robyn, who hails from Sydney, Australia, now arranges funerals in West Yorkshire for grieving families. Her job includes speaking to the families and providing them support while accommodating their funeral requests.

These discussions are where families can explain which coffin they would like, which music they want played and what they want the day to look like when they say their final goodbye to their loved one.

Robyn said: “It’s a varied role and it can be difficult at times but I wouldn’t change it for the world, because if I can help families through their most difficult time it is the most rewarding job that I can have.”

The former police detective relocated to the UK with a plan to join a police force here but found herself applying to become a funeral arranger. She has stayed at the same funeral home in Huddersfield and worked her way up to be the manager there.

Robyn said: “If you can just help a family a little bit through that difficult time it is so rewarding. I just think if it was my loved one, how I would want someone to really look after that person while in care, so when we bring someone into our care at the funeral home we really do look after them.”

Her team often receive gifts like chocolates from families to say thank you for their efforts in organising the funeral and granting their wishes for the day.

Robyn has also been involved in dancing since a young age and now runs her own dance and cheerleading school where she coaches after her day shifts at the funeral home.

For 10 years, Robyn has also been competing in beauty pageants all over the world and has been very successful, winning most of the pageants in the UK.

She temporarily stopped competing as she was busy with other commitments, including her full-time job as funeral director and manager. But she enjoys them and is starting to enter them again now.

The next one Robyn will take part in is Miss Diamond, in Wales in August.

She said: “If I don’t win, it doesn’t matter. I do it for a good cause and I do it to meet different people and I do it because I enjoy it.

“The women are beautiful but super intelligent as well and doing things for good causes which is what I’m all about.”

For funeral notices in your area visit funeral-notices.co.uk 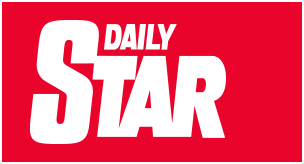 The Mirror. Beauty queen says unusual day job is 'the most rewarding' she can have
https://www.mirror.co.uk/news/weird-news/beauty-queen-says-unusual-day-24565768


Mrs Galaxy Europe, Robyn Morrison-Charlesworth, on stage at the international finals of The Galaxy Pageants!https://t.co/MIRQFxVQws pic.twitter.com/AdnJCpjWPj