Famed artist Siah Armajani, who built bridges from Minneapolis to the world, dies at 81 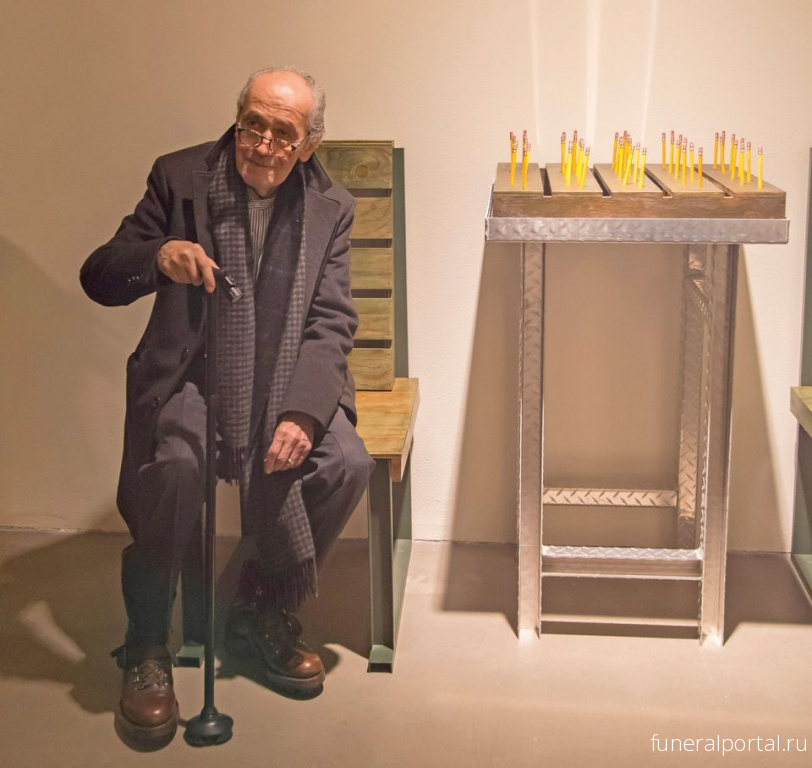 A decade after Siah Armajani settled in Minnesota as an artist-in-exile, he noticed a newspaper ad offering a chance to buy property for cheap in any of the 50 United States that he now called home.

Armajani proceeded to purchase one-square-inch plots in each state for the conceptual art piece "Land Deeds" (1970) — a humorous play upon the politics of landownership and power typical of the work that won him international renown, in a career that ranged from small-scale drawings and sculpture to expansive public works including the Minneapolis Sculpture Garden's beloved Irene Hixon Whitney Bridge.

The Tehran-born artist, 81, died suddenly of heart failure Thursday at his home in Minneapolis. He had suffered from heart problems since contracting rheumatic fever at 15.

"He had a wonderful human heart of gold," said Barbara Bauer Armajani, his wife of 54 years. "He was just a happy and helpful person to all who came across his path … He had a wonderful sense of humor and I observed through all those decades really a brilliant mind."

Armajani was best known internationally for the Olympic torch he designed for the 1996 Atlanta Summer Games. He has more than 70 public artworks around the world, from Des Moines, Iowa, to Münster, Germany.

His adopted hometown is host to many of his public works. Besides the yellow-and-baby-blue Whitney Bridge, he designed two skyways in downtown Minneapolis, the sprawling Humphrey Garden at the University of Minnesota, and gazebos in Loring Park and Wayzata.

"Siah believed firmly that art could and should be for everyone," said former Walker Art Center executive director Olga Viso. "He championed art's democratizing potential and built literal and figurative bridges that connected individuals across cultures and communities."

Armajani was celebrated two years ago with a 60-year career retrospective that debuted at the Walker before traveling to the Metropolitan Museum of Art's Met Breuer in New York City.

"How could you really do a conventional survey with a practice that expansive?" said Viso, who organized the show. "We kept arguing to let us try, and there were lots of fits and starts, but as he got older, he was more open to the idea … and that clearly the Walker needed to be the origin."

The Walker has shown Armajani's work since 1962 and commissioned the Whitney Bridge for the Sculpture Garden's opening in 1988.

"Siah Armajani: Follow This Line" featured more than 100 works, including earlier works from his activist youth in Iran influenced by traditional Persian book binding and ordinary script rather than "highbrow" calligraphy.

"He had such a brilliant and incisive philosophical mind," said Walker curator Victoria Sung. "I felt like I walked away from every conversation having learned something new, and having a chance to unwrap just a tiny layer of his mind. It's an experience that will always stay with me."

Sung worked on the exhibit with Met curator Clare Davies, who recalled Armajani as being "so trusting. That was really moving … Any time I would ask him 'What do you think?' he would say, 'I trust you.' "

As part of the retrospective, Armajani's 1970 sculpture "Bridge Over Tree," a 91-foot-long walkway that takes people over a single evergreen, was recreated at Brooklyn Bridge Park in New York.

"He was just so thrilled," recalled Nicholas Baume, director of New York's Public Art Fund, which installed the work. "He turned to me smiling and said, 'I never thought I would see this work again. I thought it had gone to sculpture heaven.' "

Life in Minnesota shaped Armajani's practice. After arriving in America in 1960 and enrolling at Macalester College, where his uncle taught in the history department and his brother also graduated, he discovered philosophy. In 1964, he took an interest in conceptual art.

"There was nobody here to talk to," he said in a 2018 interview with the Star Tribune. "So I was totally alone. It was a solitude, and that was very good for me … Solitude is one stage of existentialism."

A passion for politics drove Armajani, whose pro-democracy stance forced him to leave Iran after a military coup that restored the country's monarchy and cracked down on dissent. The gazebo in Loring Park seems a place for rest, but its meaning was inspired by anarchists who were executed for their political beliefs.

One large installation in his career retrospective, "7 Rooms of Hospitality," engaged with the hostility that confronted refugees, migrants and immigrants because of Trump administration policies.

"All of my work since day 1 has been political," he told the Star Tribune. "The core of my work has never changed. … It is complex, but underneath the stream of water is going on its own way.

KIMBERLY SMITH • ATLANTA JOURNAL-CONSTITUTION. Siah Armajani with a model of his Olympic torch and bridge.

"In the wintertime, the ice of a river is one foot thick, but the water underneath is flowing from one part to another. Mine is the same."

In addition to his wife, Armajani is survived by his brother, Robert Bahman Armajani of Chicago, and many nieces and nephews. He was preceded in death by his parents, Aga Khan and Taj-Saltanat Bahrami, his brother Manauch and his sister Pari, all of whom also immigrated to America.

Services will be private. In lieu of general remembrances, donations are encouraged to the Walker, the Metropolitan Museum of Art and the New York Public Art Fund.

"Siah was driven by a belief in art's potential to provoke citizens to examine their fundamental democratic responsibilities," said Walker executive director Mary Ceruti. "He was generous to younger generations of artists, curators and scholars who will continue to be inspired by that generosity and the complexities of his work.

Alicia Eler is the Star Tribune's visual art reporter and critic, and author of the book “The Selfie Generation.”

Iranian-American Artist Siah Armajani, Who Reimagined Public Spaces in Cities Around the World, Has Died at 81 https://news.artnet.com/art-world/siah-armajani-obituary-1904817
Siah Armajani Restages His Seminal Political Work at the Base of the Brooklyn Bridge
https://www.architecturaldigest.com/story/siah-armajani-restages-his-seminal-political-work-base-bro...