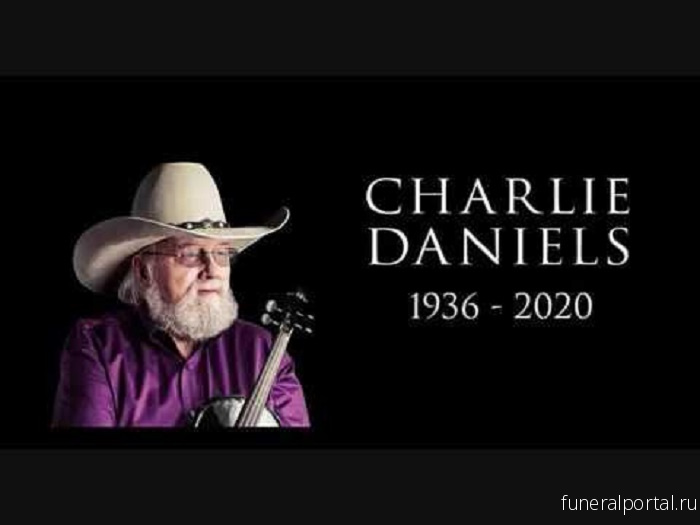 
Singer-songwriter and multi-instrumentalist Charlie Daniels, who played bass and guitar on Bob Dylan’s 1969 Nashville Skyline LP and would go on to pioneer the burgeoning Southern rock movement with his namesake Charlie Daniels Band, died Monday at 83. His publicist confirmed Daniels’ death from a hemorrhagic stroke to Rolling Stone.

With his fiery fiddle at the forefront of much of his recorded output, the leader of the Charlie Daniels Band paved the way for the mainstream country-rock success of that group and others, including Alabama and Lynyrd Skynyrd, and crossed over into the pop charts with his best-known song, 1979’s Grammy-winning “The Devil Went Down to Georgia.” A country chart-topper about a fiddle contest between a boy named Johnny and Satan, the song also spent a pair of weeks at Number Three on Billboard‘s Hot 100.

Charles Edward Daniels was born October 28th, 1936, in the seacoast town of Wilmington, North Carolina, the only child of teenagers William and LaRue Daniel — the “s” at the end of his name was the result of a mistake on his birth certificate. Two weeks after Daniels started elementary school, his family moved to Valdosta, Georgia, bouncing between there and Elizabethtown, North Carolina, until finally moving back to Wilmington. A feverish bout with childhood measles forced Daniels to wear eyeglasses for most of his life, making him a target of school bullies, but the youngster, who grew up on Saturday matinees of Western films and Saturday nights spent listening to the Grand Ole Opry, would soon find his niche performing and writing songs.

Daniels’ first musical gig was playing mandolin in a bluegrass band called the Misty Mountain Boys in the Fifties, but by the end of the decade, he was gigging around clubs in Washington, D.C. and Maryland. His band at the time, the Rockets, would change their name to the Jaguars after the success of their instrumental hit “Jaguar,” released as a single on Epic Records, the same label for which Daniels would again record by the mid-Seventies. His co-writer on “Jaguar” was Don Johnston, a Fort Worth, Texas songwriter and record producer better known as “Bob” Johnston who would play a major role in Daniels’ future Nashville career.

In 1967, Daniels followed Johnston to Nashville, with the latter producing sessions for Columbia Records. “I had always wanted to live in Nashville,” Daniels told Rolling Stone in 2017. “That was going to be it for me. Bob made it possible for me to come there.”

He soon began a steady stream of session work, playing fiddle, bass, and guitar on Leonard Cohen’s 1969 LP Songs From a Room and its 1971 follow-up Songs of Love and Hate, and appearing on recordings by Marty Robbins, Pete Seeger, Flatts & Scruggs, and Claude King.

But it was Bob Dylan who would give him his biggest boost. In 1969, he joined Johnston in the studio to record Dylan’s Nashville Skyline. Although initially admonished for playing too loudly in the sessions, Daniels would appear on three consecutive Dylan albums and also play on Ringo Starr’s 1970 post-Beatles foray into country, Beaucoups of Blues. During this period, Daniels had his songs cut by Barbara Mandrell and Tammy Wynette, and himself began to work as a producer, overseeing projects by Gary and Randy Scruggs and the Youngbloods.

In 1970, Daniels released his self-titled solo debut on Capitol Records, a collection that bridged rambling Sixties hippie-centric rock and blues with the more defined country-rock with which he would become most closely associated. In 1973, he had a hit with the single “Uneasy Rider,” a bluegrass-influenced talking-blues tune with a pot-smoking hippie as its counterculture protagonist, via the Kama Sutra label, and the next year released the LP Way Down Yonder, his fourth album and the first under “The Charlie Daniels Band.”

The CDB, as they were often abbreviated, released 1974’s Fire on the Mountain first on Kama Sutra and later on their longtime label, Epic, with whom they signed a then-lucrative $3 million contract in 1976. Offering the first real major helping of deep-fried Southern rock, Fire on the Mountain also featured a pair of live tracks from Daniels’ first Volunteer Jam at Nashville’s Municipal Auditorium. By 2018, Daniels had hosted 20 such all-star gatherings, with Willie Nelson, the Allman Brothers, Ray Price, Roy Acuff, Stevie Ray Vaughn, Billy Joel, James Brown, Chris Stapleton, and Little Richard among the performers. Counter to the conservative stance he espoused later in life, in the mid-Seventies Daniels advocated for the legalization of marijuana and appeared at campaign fundraisers for Democratic presidential candidate Jimmy Carter in 1976.

The Charlie Daniels Band entered their most fertile commercial period in 1979 with the release of Million Mile Reflections and its fiddle-driven crossover hit “The Devil Went Down to Georgia,” featured in the trendsetting 1980 film Urban Cowboy. The band’s breakthrough LP would be certified triple platinum, while the film’s soundtrack went platinum shortly after its release. A four-time nominee at the CMA Awards in 1979, Daniels’ “Devil” would be named CMA Single of the Year and earn the group a Grammy.

“I don’t know where the phrase ‘The Devil Went Down to Georgia’ came from or why it entered my mind that day in the rehearsal studio,” Daniels wrote in his 2017 memoir Never Look at the Empty Seats. “I don’t even know where the song idea came from… But when it started coming, it came in a gush. The band grabbed ahold, and when Taz [DiGregorio] came up with the signature keyboard lick behind the devil’s fiddle part, we knew we were on to something.”

The following year, Daniels and the band earned five CMA nominations, including Entertainer of the Year, and nods for the patriotic crossover hit “In America,” which just missed the pop Top Ten. Subsequent singles “The Legend of Wooley Swamp” and the post-Vietnam War tune “Still in Saigon” made the pop Top 40, and in 1982 the CDB appeared as musical guest on Saturday Night Live. The group’s next major country hit, “Drinkin’ My Baby Goodbye,” reached the Top Ten in 1986. In addition to his role as a Southern rock pioneer, Daniels received Dove Awards for his religious recordings in 1995 and 1997.

In 1997, Daniels launched Blue Hat Records with longtime personal manager David Corlew, issuing a diverse slate of LPs including Tailgate Party, his first bluegrass album; Songs From the Longleaf Pines; and the 2007 duets album Deuces, featuring Dolly Parton, Vince Gill, Brenda Lee, and Brad Paisley. The 2014 release Off the Grid – Doin’ It Dylan paid tribute to his former studio-session employer with versions of Dylan songs like “Tangled Up in Blue.”

Daniels was a tireless philanthropist, and he worked to raise funds and awareness for cancer and muscular dystrophy research, the physically and mentally challenged, farmers, and the armed forces. His annual Christmas for Kids concert became a Music City holiday tradition. In 2014, Daniels co-founded the non-profit Journey Home Project to aid U.S military personnel and their families. In recognition of his efforts on behalf of veterans, Middle Tennessee State University in Murfreesboro, Tennessee, named its new Veterans and Military Family Center after Daniels and his wife, Hazel, in 2016.

After the September 11th terrorist attacks in 2001, Daniels wrote and recorded the controversial “This Ain’t No Rag, It’s a Flag,” which garnered even more attention when CMT refused to allow him to perform it during the Country Freedom Concert that October in Nashville. In March 2003, after peace activists began protesting the impending war on Iraq, Daniels penned an “open letter to the Hollywood bunch,” in which he branded actor Sean Penn a traitor for visiting Iraq. He also labeled liberal actors “pampered, overpaid, unrealistic children.” Daniels often stirred the pot with his “Soap Box” feature on his website, which chronicled his views on political, moral, and social issues, and he became an outspoken conservative voice on Twitter.

In 2017, Daniels recalled the lean years of his band and rough patches in his personal life in Never Look at the Empty Seats. “It’s all part of the growing process and defining yourself,” Daniels told Rolling Stone in 2017. “That’s why I wanted to include that. Looking back, we played some raunchy places and had some pretty wild times. But that makes you tougher. And you learn how to entertain people.”

Daniels underwent surgery for prostate cancer in 2001, and suffered a mild stroke in 2010 while snowmobiling. In 2013, he contracted pneumonia, after which he had a pacemaker installed.

A member of the Country Music Hall of Fame and the Grand Ole Opry, Daniels continued to tour and record music up until his death. In 2019, he played a string of headlining shows with Travis Tritt and the Cadillac Three, and released his final album, Beau Weevils — Songs in the Key of E, in 2018.

“As I approach my golden years, I find that the creative juices still flow bountifully. I’ve got enough album concepts and ideas to take me years down the road,” he wrote in his memoir. “And as long as God gives me the strength, I’ll be writing and recording new music.” 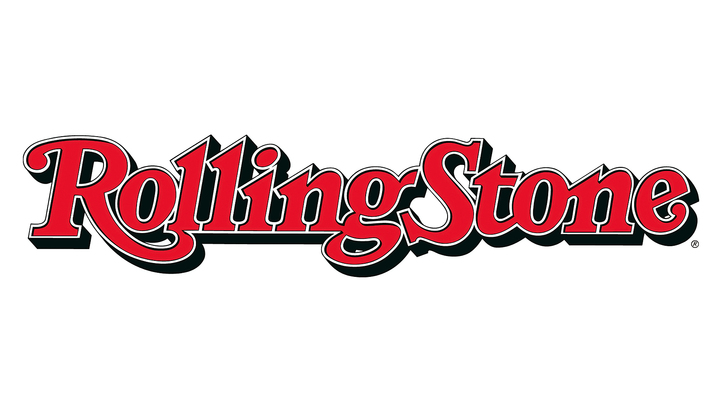 Charlie Daniels, country fiddler behind ‘Devil Went Down to Georgia,’ dies at 83
https://www.washingtonpost.com/local/obituaries/charlie-daniels-country-fiddler-behind-devil-went-do...

Country music star Charlie Daniels, best known for 'The Devil Went Down to Georgia,' has died at 83
https://edition.cnn.com/2020/07/06/entertainment/charlie-daniels-death-trnd/index.html

God bless you Mr. Charlie. Thank you for helping me to save my life. One of the finest men to walk this earth. 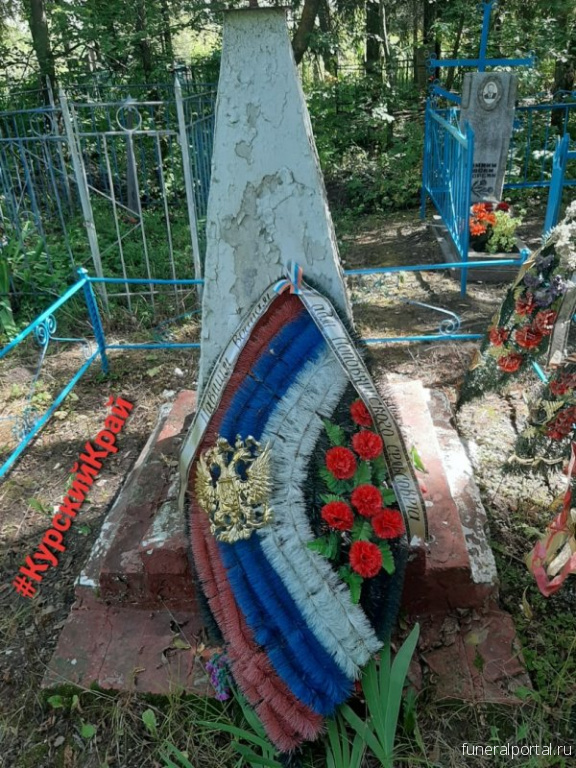 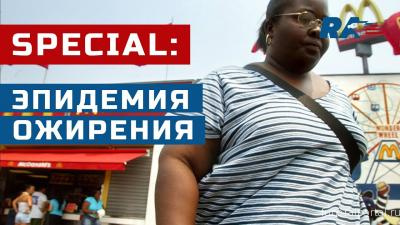