A disconnected rotary phone for "calling" lost loved ones offered a unique way of dealing with grief in disaster-stricken Japan.


When Itaru Sasaki lost his cousin in 2010, he decided to build a glass-paneled phone booth in his hilltop garden with a disconnected rotary phone inside for communicating with his lost relative, to help him deal with his grief.

Only a year later, Japan faced the horrors of a triple disaster: an earthquake followed by a tsunami, which caused a nuclear meltdown. Sasaki’s coastal hometown of Otsuchi was hit with 30-foot waves. Ten percent of the town died in the flood.

Sasaki opened his kaze no denwa or “wind phone” to the now huge number of people in the community mourning the loss of loved ones. Eventually word spread and others experiencing grief made the pilgrimage from around the country. It is believed that 10,000 visitors journeyed to this hilltop outside Otsuchi within three years of the disaster.

The phone is, of course, meant as a one-way communication. Visitors dial in their relative’s number and catch them up on their current life or express the feelings necessary to move on. Some find comfort in the hope that their relative might hear them. As the residents of Otsuchi work face the slow progress of rebuilding their city, this little phone booth helps to also slowly rebuild their own lives too.

Otsuchi can be reached from Tokyo by high-speed train. Take the train to the Otsuchi (Otsucki) station. It can also be accessed by a car ride which is about 7 hours by taking the Tohoku expressway. The phone booth is just outside the city, north of Dai Chiwari 11, but not as far north as Dai Chiwari 12. It's the land side of the railway line. Use the published coordinates if you have GPS. 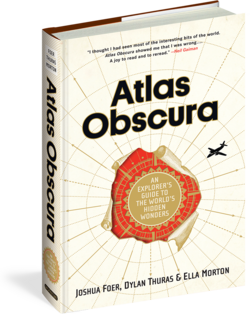