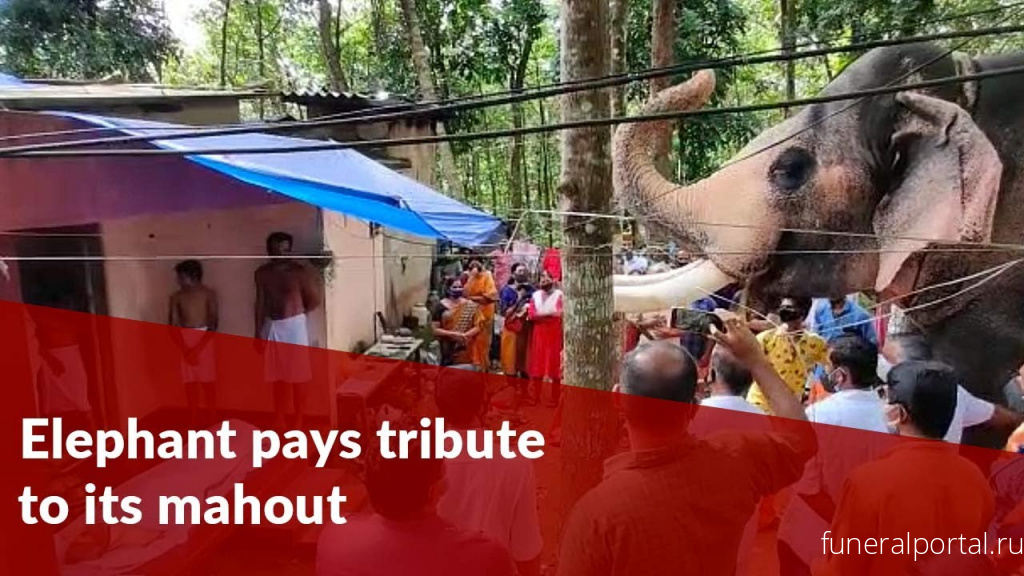 
Elephants are known to be some of the world's most sensitive and intelligent creatures—and a recent video circulating online serves as a perfect example as to why.

Kunnakkad Damodaran Nair, known as Omanachettan, was a "mahout," or someone who works with, cares for and trains elephants, according to The Indian Express. A mahout for over sixty years, the 74-year-old passed away earlier this week after battling cancer.

At his funeral on Thursday, one of Omanachettan's elephants, Pallat Brahmadathan, stopped by to bid him farewell. According to India Today, Omanachettan had been the elephant's mahout for the past twenty-five years. Upon hearing the news of his passing, Brahmadathan's owners brought the animal to pay its respects.

A video from the funeral has since circulated on social media. While the clip's original owner is unclear, it has been posted to multiple outlets and has sparked reactions around the globe. Parveen Kaswan of the Indian Forest Service posted the video to Twitter, where it has been viewed over 28,000 times and counting.

In the video, Brahmadathan enters the funeral service, walking through the crowd of guests before reaching his mahout. Spectators are heard breaking into sobs as the elephant stands before Omanachettan's body and reaches towards him with its trunk. A man, who India Today identifies as Omanachettan's son, embraces the elephant's trunk before the animal slowly exits the funeral.

To viewers on social media, it's clear that Omanachettan and Brahmadathan shared a special bond.

"Made my eyes teary. What an unmatched love by this Giant for his master," wrote Mohammad Tarique on Twitter.

Many emphasized how their connection seemed to transcend the typical boundaries between humans and animals. Wrote another user, called StingRay: "We cannot understand his language, but we can understand his feelings."

"You can feel the [somber] mood and the deep sorrow, this is companionship beyond species boundary," added Jyoti Shankar Roy Choudhury.

"We considered Omanachettan as our family member," said Pallattu. "Brahmadathan, too, is our family member. It was a special relationship between the elephant and mahout. He was known for his skill to train elephants."

Watch: Elephant pays tribute to its mahout at funeral in Kerala
https://www.thenewsminute.com/article/watch-elephant-pays-tribute-its-mahout-funeral-kerala-150087