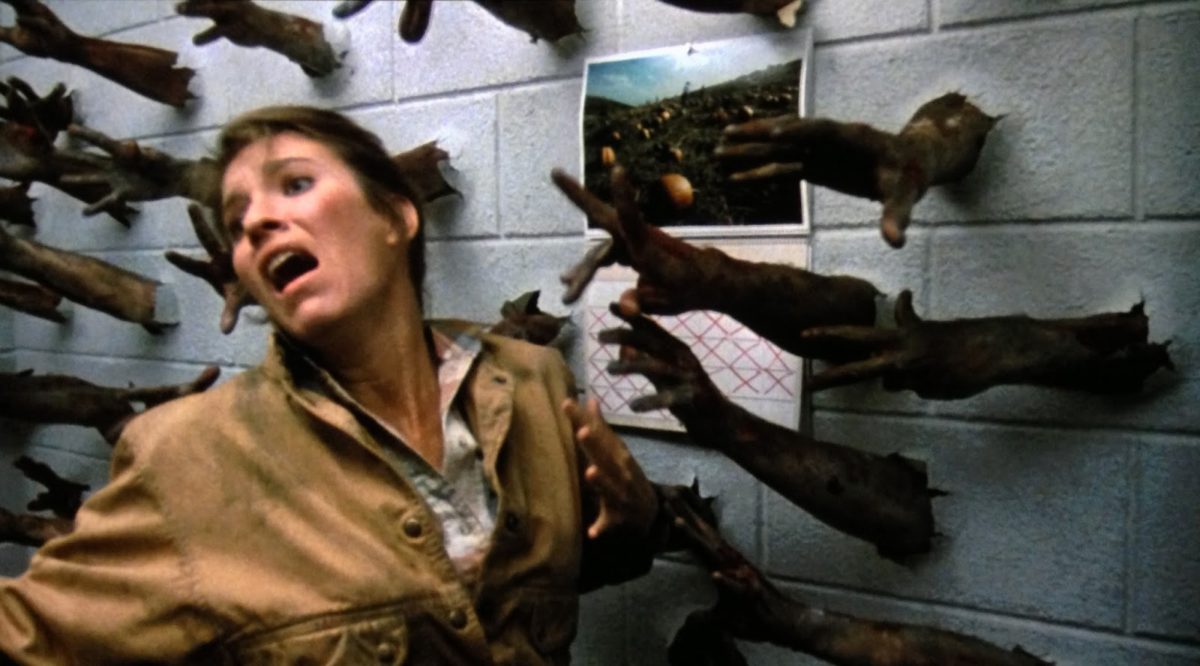 Co-written by the late George A. Romero, who passed away before completing the novel, and finished by Daniel Kraus, this year’s The Living Dead presents a brand new 656-page zombie epic that brings the long-running “living dead” saga off the screen and into the world of print. It’s releasing August 4, and we’ve learned that an audiobook version is also on the way.

The audiobook version of The Living Dead will feature a voice cast including Lori Cardille, star of George Romero’s Day of the Dead, as well as Bruce Davison (The Lords of Salem)!

Of getting to narrate The Living Dead, Cardille says, “As one of George Romero’s leading ladies in his Living Dead trilogy, I am thrilled and honored to give my voice to this book. And given our preoccupation with deadly viruses these days, I wouldn’t be surprised to see George come back from the grave and lead a parade of zombies down Fifth Avenue. The Living Dead is George at his best. He would be so happy to know that Daniel Kraus was able to complete his vision.”

Davison says of the audiobook, “The frightening metaphor couldn’t be more timely and fear will burrow its way into your waking dreams. Shelter in place…they’re here.”

The 18-hour audiobook will also be released on August 4th.

In The Living Dead…

“On October 24th, John Doe rises from the dead. Assistant Medical Examiner Luis Acocella and his assistant Charlene Rutkowksi are vivisecting him when it happens, and so begins a global nightmare beyond comprehension.

“Greer Morgan is a teenager living in a trailer park, and when the dead begin their assault, the true natures of her neighbors are revealed. Chuck Chaplin is a pretty-boy cable-news anchor, and the plague brings sudden purpose to his empty life.

“Karl Nishimura is the helmsman of the U.S.S. Vindicator, a nuclear submarine, and he battles against a complete zombie takeover of his city upon the sea. And meanwhile, a mysterious woman named Etta Hoffmann records the progress of the epidemic from a bunker in D.C., as well as the broken dreams and stubborn hopes of a nation not ready to give up.

“Spread across three separate time periods and combining Romero’s biting social commentary with Kraus’s gift for the beautiful and grotesque, the book rockets forward as the zombie plague explodes, endures, and finally, in a shocking final act, begins to radically change.”