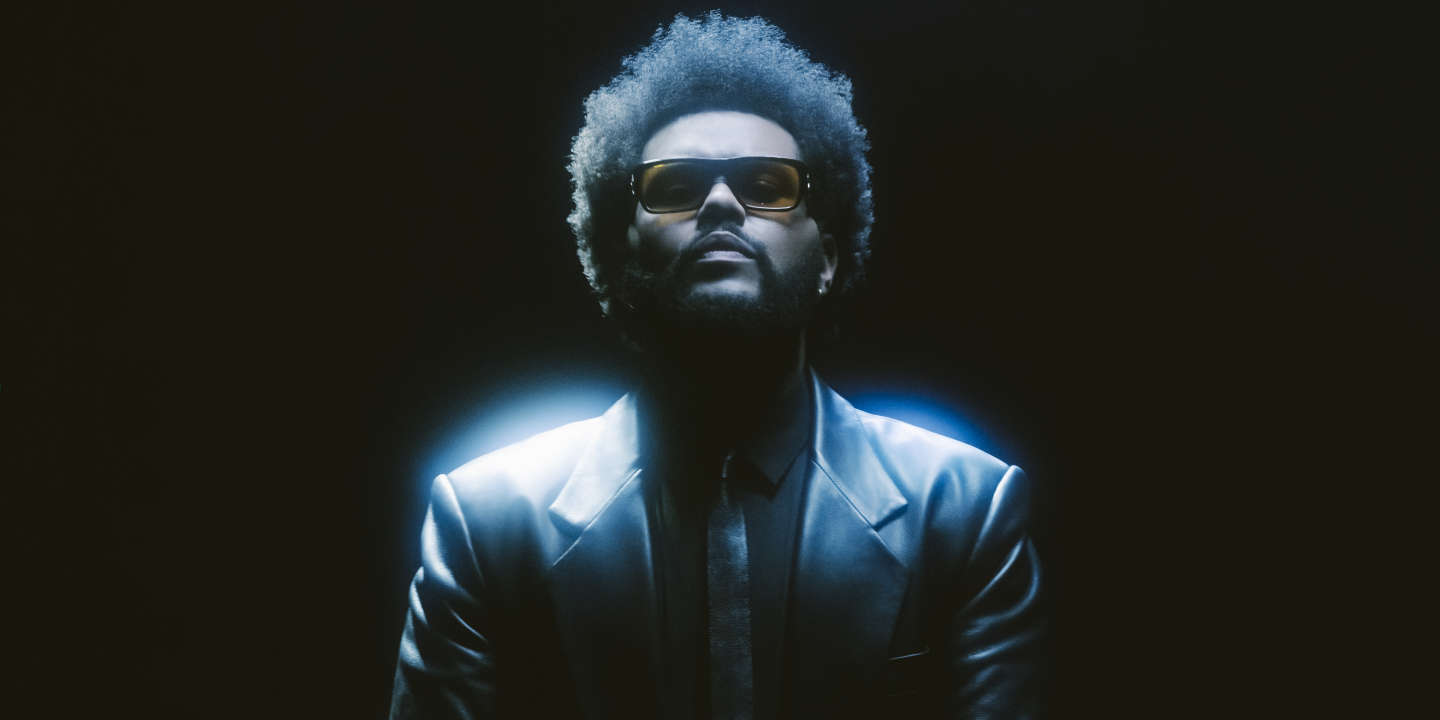 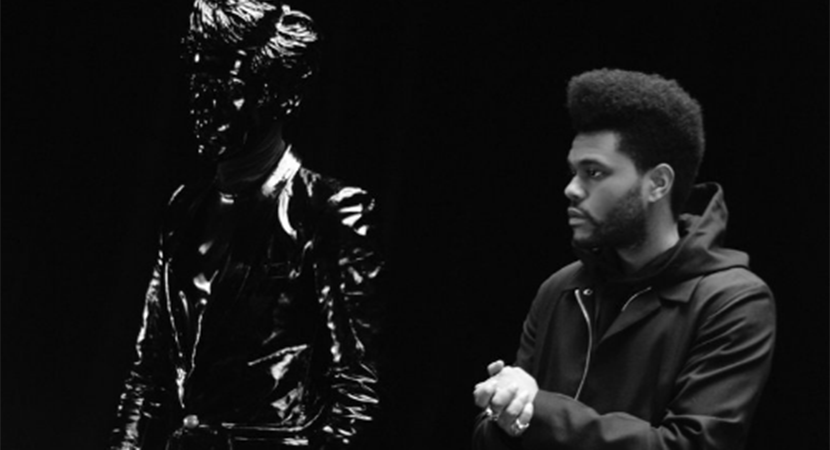 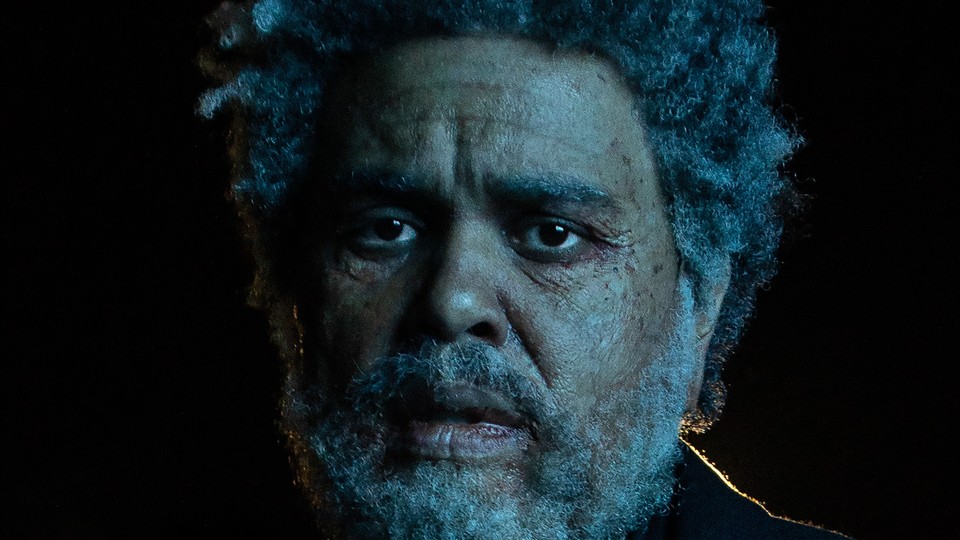 
His new album makes the road to the afterlife sound like the ’80s, in the best way possible.

What was so spooky about the 1980s? Maybe Freddy Krueger, Thriller, and goth eyeliner just reflected Cold War anxieties and suburban dread. Or maybe technological progress in the entertainment industry better explains the decade’s Halloween-party aesthetics. After all, without certain synthesizers and drum machines, you don’t get the sinister arpeggios of John Carpenter soundtracks or the telltale beat of New Order’s “Blue Monday.” When previously unfathomable sounds and visions become commonplace, thoughts of the supernatural become natural.

Today, as devices ever-more-sneakily blur the real and unreal, our cultural nightmares have turned toward the indescribable evils of A24 movies and constant paranoia about living in a simulation. Yet the clean-edged creepiness of the ’80s still has its pull—just watch the Netflix smash Stranger Things. Or listen to The Weeknd’s excellent new album, Dawn FM, a lightly disturbing party starter to welcome our third year of pandemic slog.

Abel Tesfaye has, himself, seemed a bit like a ghost — spectral and backwards-looking—as he wandered pop culture in the past decade. The Prince-and-Sade-inspired R&B of his early mixtapes had a taboo allure that didn’t fade even as subsequent hits made him into a quote-unquote Starboy. His March 2020 album, After Hours, included a record-breaking smash (“Blinding Lights,” Billboard Hot 100’s longest-charting single in history) thanks to memes about socially isolated dancing, and his 2021 halftime show then turned the Super Bowl into a haunted arcade. To a remarkable extent, the pandemic has suited not only The Weeknd’s eerie vibe but also his art’s perennial flaws: lethargy, disorder, and excess.

Those flaws are absent on the tight, glistening Dawn FM. Depression during lockdown, Tesfaye has said, made him record songs that were “too dark and sad,” so he changed course and made something dark and sad and fun. The album is based on a fantasy: The listener is stuck in traffic in a tunnel to the afterlife, listening to a radio station with a hammy announcer voiced by Jim Carrey. That station plays nonstop synth-pop by The Weeknd, who croons about doom, doomed sex, and doomed love. “Scared?” Carrey asks on the opening song, which has the ambiance of a church service held in a laser-tag arena. “Don’t worry. We’ll be there to hold your hand and guide you through this painless transition.”

Collaborators provided the push and pull, the light and shadow, that make this album as successful as it is. The Swedish producers Max Martin and Oscar Holter dish out melodies that—far from being soulless, as people sometimes accuse Martin of being—radiate the yearning of a Steven Spielberg movie. Meanwhile, Daniel Lopatin (of the experimental electronic act Oneohtrix Point Never and of the Uncut Gems score) brings weirdness to an otherwise familiar range of instruments. Some of the synths sound slimy and amphibious. Some of the drums rattle like loose bolts on a roller coaster.

The Weeknd wields the range of his talents here with precision and discipline: Whether he’s simpering like a lost child or easing into a rap flow, his vocals both tease the ear and land as character work. On the album’s extended version of the single “Take My Breath,” he scats and murmurs over an apocalyptic bass line. When he affects a Dracula-like bellow on the sensational “Gasoline,” it suits the wretched scenario of the lyrics: He’s high, anxious, and comforted by a girl who probably won’t let him OD but who will neatly dispose of his body if the worst does occur.

Yes—morbid stuff. But compared with his previous albums, Dawn FM feels oddly uplifting. The Weeknd’s fascination with transactional sex now fits into an existential drama about how we spend our time before extermination. Some songs pine for lasting love, others push it away, and all of them mine suspense from the fear that comes with any breakup—am I going to die alone? “I don’t deserve someone loyal to me,” he sings on “Is There Someone Else?,” describing the same pathology that Quincy Jones—that pioneer of the jazzy harmonic choices The Weeknd loves—dissects in a spoken-word interlude. When Carrey closes the show with a comforting, Dr. Seuss–style rhyme, his advice is to turn purgatory into heaven all by yourself.

The album’s journey lends itself to repeat trips, though on some listens you may wish for more than picture-book simplicity, or for a song that doesn’t feel like pastiche. Yet ease and regression are also what make Dawn FM the triumph it is. As he waffles between desiring companionship in his final days and just wanting to be left alone, The Weeknd engages with a very dark dilemma that’s inescapable in our era of constant memento mori. How generous of him to polish our terror into a fine shine and spoon out fatalism like sherbet, sweet and cold and fleeting.

Spencer Kornhaber is a staff writer at The Atlantic, where he covers pop culture and music.