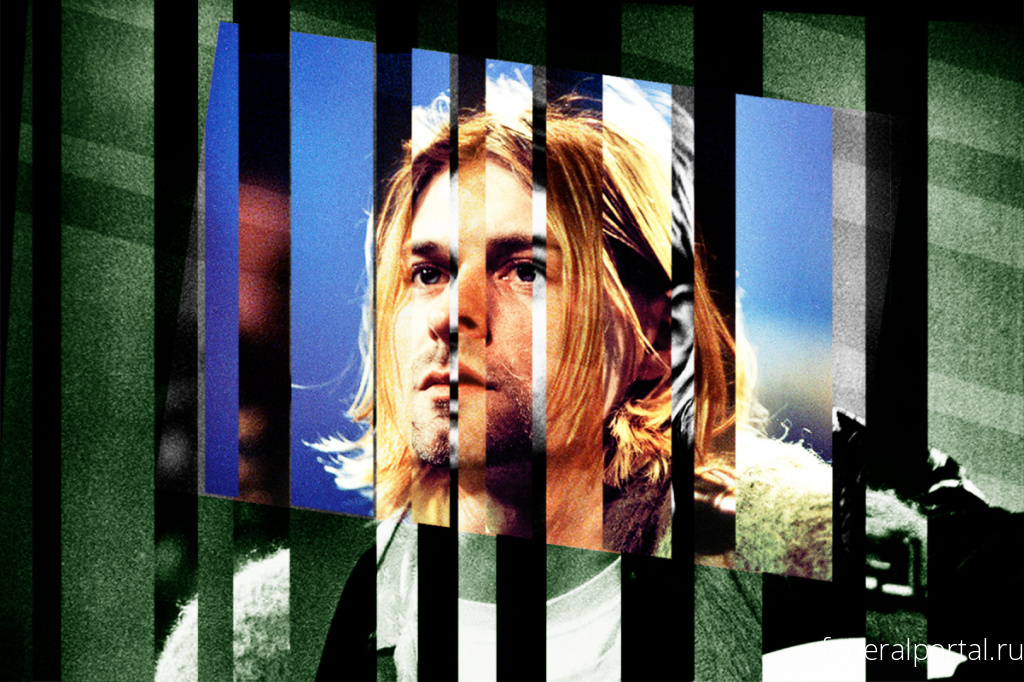 Ever since Kurt Cobain’s death in 1994, Nirvana fans have hypothesized about the music he would have made had he lived. But other than “You Know You’re Right,” the scabrous, throat-shredding meditation on confusion that Nirvana recorded a few months before his suicide, and a few comments he told confidants about potentially collaborating with R.E.M.’s Michael Stipe or going completely solo, he mainly left behind question marks.

Now an organization has created a “new” Nirvana song using artificial-intelligence software to approximate the singer-guitarist’s songwriting. The guitar riffs vary from quiet, “Come as You Are”–style plucking to raging, Bleach fury à la “Scoff.” And lyrics like, “The sun shines on you but I don’t know how,” and a surprisingly anthemic chorus, “I don’t care/I feel as one, drowned in the sun,” bear evocative, Cobain-esque qualities.

But other than the vocals — the work of Nirvana tribute band frontman Eric Hogan — the song’s creators say nearly everything on the song, from the turns of phrase to the reckless guitar performance, is the work of computers. Their intention is to draw attention to the tragedy of Cobain’s death by suicide and how living musicians can get help with depression.

The tune, titled “Drowned in the Sun,” is part of Lost Tapes of the 27 Club, a project featuring songs written and mostly performed by machines in the styles of other musicians who died at 27: Jimi Hendrix, Jim Morrison, and Amy Winehouse. Each track is the result of AI programs analyzing up to 30 songs by each artist and granularly studying the tracks’ vocal melodies, chord changes, guitar riffs and solos, drum patterns, and lyrics to guess what their “new” compositions would sound like. The project is the work of Over the Bridge, a Toronto organization that helps members of the music industry struggling with mental illness.

“What if all these musicians that we love had mental health support?” says Sean O’Connor, who is on the board of directors for Over the Bridge and also works as creative director for the advertising agency Rethink. “Somehow in the music industry, [depression] is normalized and romanticized … Their music is seen as authentic suffering.”

To create the songs, O’Connor and his staff enlisted Google’s AI program Magenta, which learns how to compose in the style of given artists by analyzing their works. Previously, Sony has used the software to make a “new” Beatles song, and the electropop group Yacht used it to write their 2019 album Chain Tripping.

For the Lost Tapes project, Magenta analyzed the artists’ songs as MIDI files, which works similarly to a player-piano scroll by translating pitch and rhythm into a digital code that can be fed through a synthesizer to recreate a song. After examining each artist’s note choices, rhythmic quirks, and preferences for harmony in the MIDI file, the computer creates new music that the staff could pore over to pick the best moments.

“The more MIDI files you input, the better,” O’Connor says. “So we took 20 to 30 songs from each of our artists as MIDI files and broke them down to just the hook, solo, vocal melody or rhythm guitar and put those through one at a time. If you put whole songs through, [the program] starts to get really confused on what [it’s] supposed to sound like. But if you just have a bunch of riffs, it’ll put out about five minutes of new AI-written riffs, 90 percent of which is really bad and unlistenable. So you start listening through and just finding little moments that are interesting.”

O’Connor and his team used a similar process for lyrics, using a generic AI program called an artificial neural network. They were able to input the artist’s lyrics and start off with a few words and the program would guess the cadence and tone of the poetry to complete it. “It was a lot of trial and error,” O’Connor says, adding that the team examined “pages and pages” of lyrics for turns of phrase that syllabically fit the vocal melodies Magenta produced.

Once the compositions were in place, an audio house arranged all the different parts to evoke the musician. “A lot of the instrumentation was MIDI with different effects added to it,” O’Connor says of the finished recordings. Then they started recruiting singers. “Everyone that we brought in, for the most part, were working tribute artists for these bands, so they could kind of do the inflections and make it sound as realistic as possible,” O’Connor says.

Eric Hogan has been fronting Atlanta’s Nevermind: The Ultimate Tribute to Nirvana for the past six years. The band started out as a one-off lark for Halloween; an excuse for Hogan and his friends to perform Foo Fighters, Stone Temple Pilots, and Nirvana tribute sets. But when they saw the huge reaction their Nirvana set got, they went full grunge. When the Over the Bridge team asked him to sing on “Drowned in the Sun,” he thought the project sounded both unbelievable (in the most literal sense of the word) and cool. “After the conversation, I still didn’t really think it was a real thing,” he says. “And then they sent me files and money.”

When he first heard the music, he was dumbfounded. “I was like, ‘I don’t know how to [sing] this,'” he remembers. “I had to have the guy who came up with the AI track mumble and hum [the tune]. I would feel weird trying to assume what [Cobain] would do. They had to give me a little bit of a roadmap, and then from there, it was fine.”

O’Connor and his staff put about a year into research and development for the songs and another six months to get recordings finished. As they worked, they sought out superfans of the artists to help police themselves for potential plagiarism. They worried that the Doors-esque tune, “The Roads Are Alive,” might sound a bit too much like that group’s “Peace Frog,” but ultimately decided it didn’t. “An audio engineer took ‘Peace Frog’ and played it for us,” O’Connor says. “He’s like, ‘This is what “Peace Frog” is doing; this is what this is doing.’ It’s different. OK, now we’re comfortable with it.”

Nirvana proved to be one of the harder artists for the machines to approximate. Whereas an artist like Hendrix often built songs like “Purple Haze” and “Fire” with easily definable riffs, Cobain frequently played chunky, punky chord progressions that confused the computers. “You tended to get a wall of sound,” O’Connor says of the Nirvana-inspired music Magenta produced. “There’s less of an identifiable common thread throughout all their songs to give you this big chunk of catalog that the machine could just learn from and create something new.”

“[‘Drowned in the Sun’] is accurate enough to give you that [Nirvana] vibe, but not so accurate to where someone’s going to get a cease-and-desist letter,” Hogan claims. “If you look at the last quote-unquote Nirvana release, which was, ‘You Know You’re Right,’ this has the same type of vibe. Kurt would just sort of write whatever the hell he felt like writing. And if he liked it, then that was a Nirvana song. I can hear certain things in the arrangement of [‘Drowned in the Sun’] like, ‘OK, that’s kind of an In Utero vibe right here or a Nevermind vibe right here. … I really understood the AI of it.”

Hogan says he especially appreciated the lyrics that the computer concocted. In his opinion, Cobain’s words were always “sort of a hodgepodge,” but he feels these lyrics are more direct without losing sight of Cobain’s typical messages. “This felt like a complete thought,” he says.

“The song is saying, ‘I’m a weirdo, but I like it,'” he says. “That is total Kurt Cobain right there. The sentiment is exactly what he would have said. ‘The sun shines on you, but I don’t know how’ — that’s great. Essentially, what I get from the song is, ‘I’m F-ed up, and you’re F-ed up. The difference is that I’m OK with it and you’re not.'” (When Hogan heard the music, he offered to play the guitar himself, but the producers declined, opting for a machine.)

So then is “Drowned in the Sun” some kind of Frankenstein creation, existing in defiance of God and the universe? “I don’t know if I’m the best guy to talk to about ethics,” Hogan says with a laugh. “I mean, I travel around the country pretending to be somebody.

“I think that you’re going to have a lot of people who are going to vilify this and are going to look at it like, ‘Oh, it’s the death of real music,'” he continues. “But I’m totally fine with it. Used as a tool, I think it’s pretty cool. I don’t know what’s going to happen legally in the future. Once you start going down the road of where it starts to really sound good, maybe then you start to have an issue with that.”

Over the Bridge’s intention is to simply raise awareness about mental health resources; the organization runs a Facebook page that offers support, as well as Zoom sessions and workshops to educate artists and make them feel less alone. (They have no plans to sell the tracks.) “Sometimes just the acknowledgment of one other person saying, ‘I’m feeling the same way that you are’ is enough to take people at least feel that they’ve got some sort of support,” says Michael Scriven, a rep for Lemmon Entertainment whose CEO is on Over the Bridge’s board of directors.

Scriven hopes the project also raises awareness about just how much work goes into AI music. “There’s an inordinate amount of human hands at the beginning, middle and end to create something like this,” he says. “A lot of people may think [AI] is going to replace musicians at some point, but at this point, the number of humans that are required just to get to a point where a song is listenable is actually quite significant.” Each song required work from O’Connor, a Magenta technician, a music producer, an audio engineer, and the vocalists. “We’re not going to push a button and replace these artists,” O’Connor says.

“I hope [the Over the Bridge people] go deeper with AI,” Hogan says. “There’s so much more in this category that you can do.”

If you are struggling with thoughts of self-harm, the National Suicide Prevention Lifeline is 1-800-273-8255. You can also reach the Crisis Text Line by texting TALK to 741741. 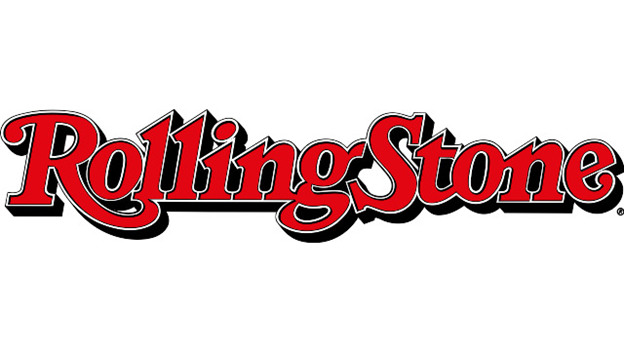