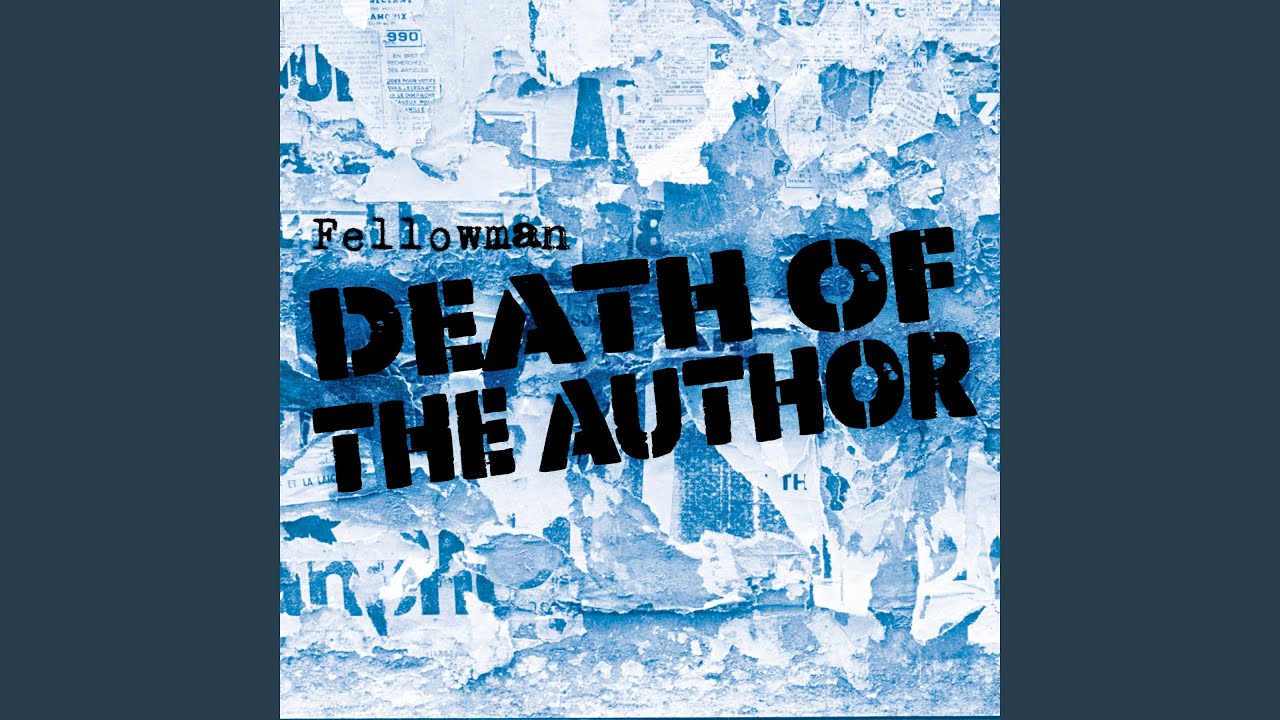 Nine Pillars Hiphop Cultural Fest co-founder Cullen “Fellowman” Wade made his new album, Death of the Author, as a tribute to a broad range of influences, from hip-hop to pop to folk, that he felt a deep connection to.

Cullen Wade considers himself a guest in the house of hip-hop. And he’s trying to make the most of his visit.

Going by the name of Fellowman, the Charlottesville emcee recently dropped a new LP and performed it in its entirety during a late December Facebook livestream. The 12-track collection, Death of the Author, is an ambitious concept album from a rapper and producer who’s made only one other full-length project.

“It’s the most personal thing I’ve done,” Fellowman says. “I think it’s the first time when I haven’t been trying to impress anybody. Being a rapper is competitive…A lot of what I have done in the past has been motivated by go-for-the-throatism. I wanted to put honesty over technique.”

Conceptually, the new album pays tribute to 14 of Fellowman’s deceased musical heroes. He honors rappers, sure, like Mobb Deep’s Prodigy and TLC’s Left Eye Lopes. But Death is also a homage to punks like Joe Strummer and folk singers Phil Ochs and Victor Jara.

The idea, Fellowman says, was to explore his own attachment to musicians who’ve passed. The release of the album during a pandemic, when death is so readily on folks’ minds, was almost entirely a coincidence.

“I think Prince’s death in 2016—that was one of the celebrity deaths that hit me hardest. I was really upset about it,” Fellowman says. “My sister was asking me, ‘How can you be so broken up over the death of someone you’ve never met?’ And rather than dismiss the question, I wanted to kind of pick it apart.”

What does Fellowman come up with after exploring the topic? He hopes Death of the Author makes listeners think about the “intersection of music and our own biographies.” In “Waterfalls,” Fellowman tells the story of memorizing and privately performing Lopes’ verse from TLC’s chart-topping track of the same name. It was the first time he thought he himself could be a rapper.

In Fellowman’s new version of the song, he again performs Lopes’ verse word-for-word—and this time publicly. He also borrows the “Waterfalls” beat in its original form. “With the Left Eye tribute, it was really important to try to recreate that moment,” Fellowman says. “Most of the songs are built around samples of the artist I’m eulogizing. It was whatever seemed right for the occasion.”

The activist influence of Ochs, Jara, and others weaves throughout Fellowman’s lyrics—on Death of the Author and in his other recordings. The emcee is as comfortable pillorying the soon-to-be former White House occupant and bemoaning climate change as he is dropping pop culture references and clever turns of phrase. For a little from both columns, check the track “Run Straight Down (for Warren Zevon)”: “They say solutions need to be bipartisan / I watch the news and wonder what it cost to buy partisan.”

Fellowman explores the friction between corporate America and consumers in his rhymes, something he comes by honestly as a Monticello High School audio/video production teacher who long ago recognized his musical styling doesn’t have mass commercial appeal.

Last year’s December 26 Facebook livestream, which was also broadcast locally on WTJU, gave viewers a chance to donate to Operation Social Equality Mental Wellness Resource Center, a support hub for people of color. The production had a lo-fi feel, with Fellowman opening his performance singing and playing acoustic guitar, something he says he’s never done for a hip-hop show. A few technical issues caused early stumbling blocks, but Fellowman and his guests found their groove on the mic and between songs.

“It’s weird trying to perform with no audience,” Fellowman says. “You get no feedback—verbal and non-verbal. It can feel like yelling into the void. The way I approached it was sort of more like ‘an evening with.’”

Viewers queuing up the livestream are likely to notice why Fellowman considers himself a guest of the hip-hop scene. He’s a white rapper. And while that’s not as big a deal as it was 20 years ago when Marshall Mathers went pop, it’s something Fellowman wants to be respectful of.

“It’s a conversation that isn’t had as much as it should be anymore,” he says. “I have always approached it like I’m a guest. I absolutely acknowledge hip-hop as being an African American art form and I don’t want to ever be perceived as claiming ownership or unequivocal belonging. As soon as you start to act as if you have a sort of pass is when your pass gets revoked…If you are a guest in someone’s house, you follow their rules. You don’t put your feet up on Nancy Pelosi’s desk.”

Death of the Author is available on a name-your-price basis at FellowmanRap.Bandcamp.com.

Death of the Author by Fellowman